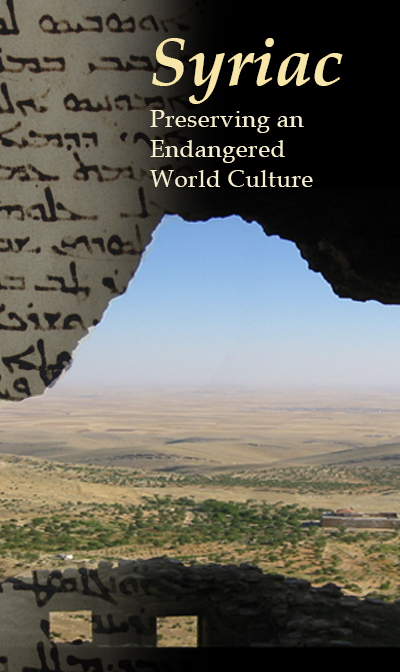 Syriac, a dialect of Aramaic, flourished as a major language of the Middle East and Asia from about A.D. 200 to 1300. Syriac texts are one of the largest surviving bodies of literature from the period, including over 20,000 manuscripts and fragments related to theology, philosophy, commerce, science, and medicine. From the 14th century to today, the Syriac-speaking communities of the Middle East have faced numerous threats to their survival. Indeed, these little known cultures are on the brink of extinction.

This exhibition is part of research at Vanderbilt exploring the rich and far-reaching role of Syriac culture in world history. Vanderbilt is host to Syriaca.org , a first-of-its-kind online reference hub for the study of Syriac history, literature, and culture. We invite you to browse the exhibit and to explore Syriaca.org. By learning about Syriac culture and history, you are helping to preserve it..

A physical version of this exhibit is on display in Cohen Memorial Hall in February 1 to March 2, 2018. The physical exhibit also features items from the family collection of Rev. Dr. P.K. Geevarghese, priest of the first Indian Orthodox parish in Tennessee. A prior version of the exhibit was displayed in the Vanderbilt Divinity Library during the 2016-2017 academic year. The exhibit will remain permanently on display online.