What are the oldest artists’ books in the collection?

Scholar and book artist Johanna Drucker cites British poet William Blake (1757-1827) as the founding father of artists’ books in her work The Century of Artists’ Books. Blake was famous for writing, illustrating, and binding his own books. He understood self-publishing as the synthesis of word and form. Years later, as World War I began, avant-garde artists across Europe created pamphlets, posters, and manifestos to publicize and disseminate ideas affordably. They used satire and abstraction to comment on political groups and social classes in small, limited editions that often had dramatic differences between copies. As seen here, by the 1970s-80s artists’ books had gravitated far from traditional bookmaking. More common was a cheaper, mass produced aesthetic, often paired with highly conceptual content and artistic collaborations. 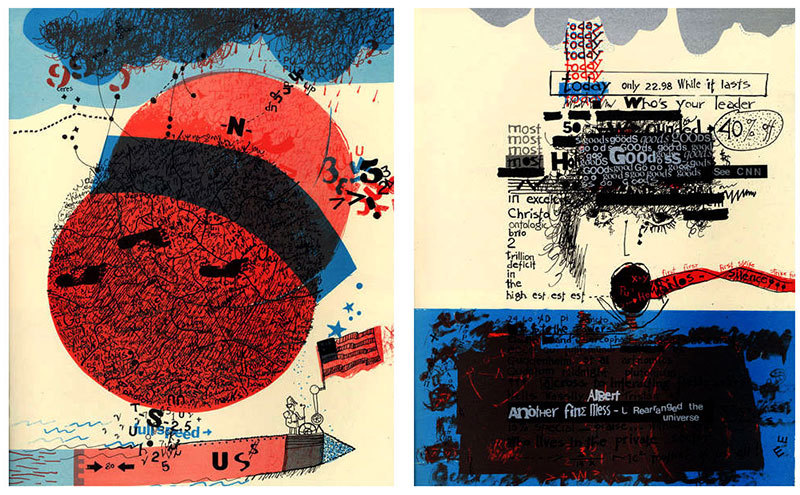 Artist Ruth Laxson worked as a poet, printmaker, and performance artist before discovering artists' books. She founded an imprint, Press 63+ at the age of 63.  Using a variety of techniques such as letterpress, etching, collage and drawing, Laxson produces playful books driven by highly relevant social and political content, quirky poetry, and attention-grabbing visuals. The Rhode Island School of Design, who holds Laxson’s artists papers, says about her works that “her pages seem to break all the rules of printing and layout.” Her work (Ho + go)² = it was a natural fit for collaboration with the famed Nexus Press, known for making offset books with highly conceptual content.

Described as a visual poem in book form, In Celebration of the Discovery of the Abandoned Star Factory is a work that celebrates one of artist David Horton’s “meditative visions” in a visually minimal way. The book appears as a constructed, almost three-dimensional scene, made from pockets and papers, and strands of string that move and tighten as pages are turned, pulling the next scene into view. This work is one of the oldest in Vanderbilt’s collection of artists’ books published in the South. Publisher Nexus Press allowed artists conceptual freedom during a time (1970s-80s) when traditional bookmaking techniques, such as pairing visuals with famous texts or poems, was unpopular. Instead, books were made more cheaply, but had a higher degree of conceptual complexity. 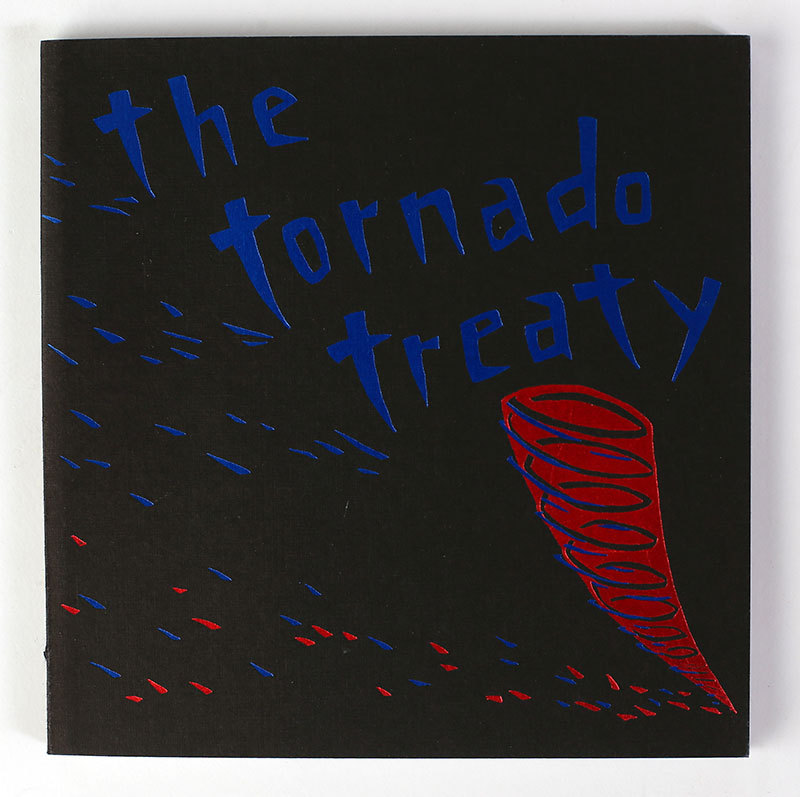 Janie Geiser is a profoundly diverse artist, acting as an internationally recognized illustrator, visual artist, and experimental filmmaker, whose work is known for its investigation of the emotional power of toys and seemingly innocent objects such as puppets, its sense of mystery, and its design strength. Her films have been screened in museums and festivals around the globe, and her illustrations have been featured in The New Yorker and The Wall Street Journal, in addition to this artist's book, The Tornado Treaty. Geiser’s visual storytelling is remarkably impactful and resonates with viewers, no matter the format. 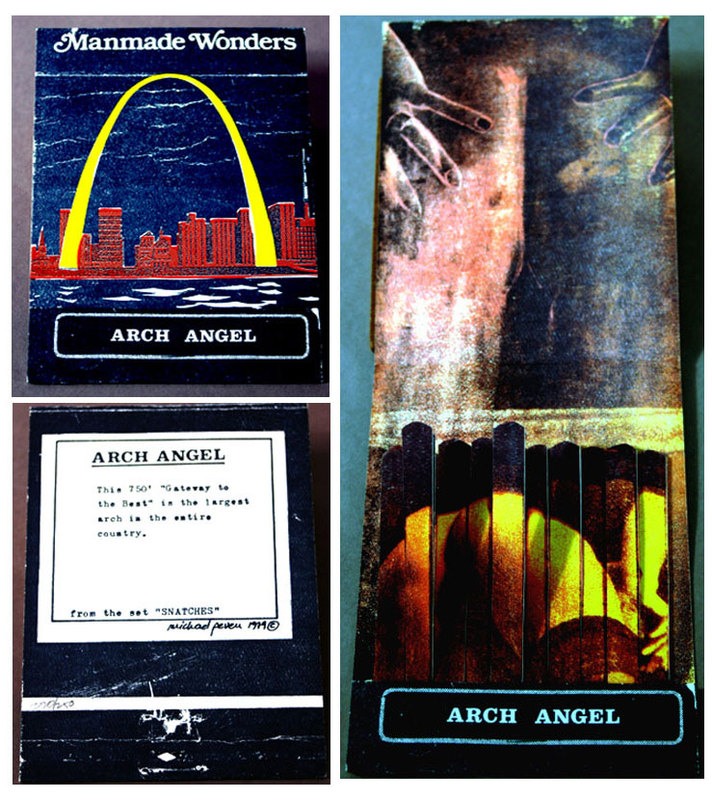 Snatches: Manmade Wonders is an early work by artist Michael Peven of Arkansas. It consists of a set of six oversized matchbooks featuring familiar U.S. landmarks and monuments on covers, including Mount Rushmore and the Washington Monument. The sexual wordplay of this title hints at the subtext laid out in images under the matchbook covers, which suggest a provocative take on some of U.S.'s more famous and revered “erections.” Peven has been an active photographer, bookmaker, and installation artist since the 1970s. He holds an MFA from the School of the Art Institute of Chicago and has taught photography and bookmaking classes at the University of Arkansas since 1977.