The Library Fellowship program creates in-depth learning experiences for graduates and undergraduates. Mentored by faculty and librarians, students work on projects that raise awarenss of the role of libraries in the 21st century. Since 2012, 36 fellows have worked on projects that blend library resources, outreach, and digital tools, using old and new technologies to research and interpret collections and build new skills.

Projects may involve an exhibit component or digital product. A recent project documented the turbulent 1960s through manuscripts and speeches of The Vanderbilt IMPACT Symposium. One fellow built a model of the Central Library in Minecraft, demonstrating how computer games capture the built environment.  Fellows have produced an annotated online bibliography of Charles Baudelaire's Les Fleurs du Mal, and a new interpretation of the Cumberland River's appearance in maps from the Robert A. McGaw Tennessee Historical Map Collection.  Fellows have worked with presidential speeches in the Television News Archive, Colombian anthropologist Manuel Zapata Olivella's correspondence, and photojournalist Jack Corn's Appalachian documentary images. These experiences fundamentally change how the fellows see libraries and their role within them. 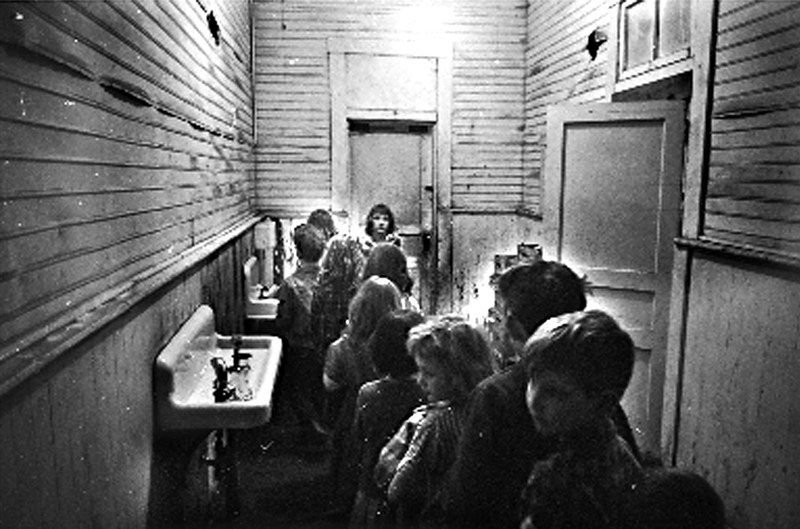 Emily Cook, the first Dean’s Fellow, interviewed Jack Corn about his experiences working as a photographer in coal towns in Virginia, Kentucky, and Tennessee.  Corn recalled these children at Crawford school were getting hot lunches for the first time in a new program. He noted “one of the teachers told us that this was the only full meal many of the children would have all day.” 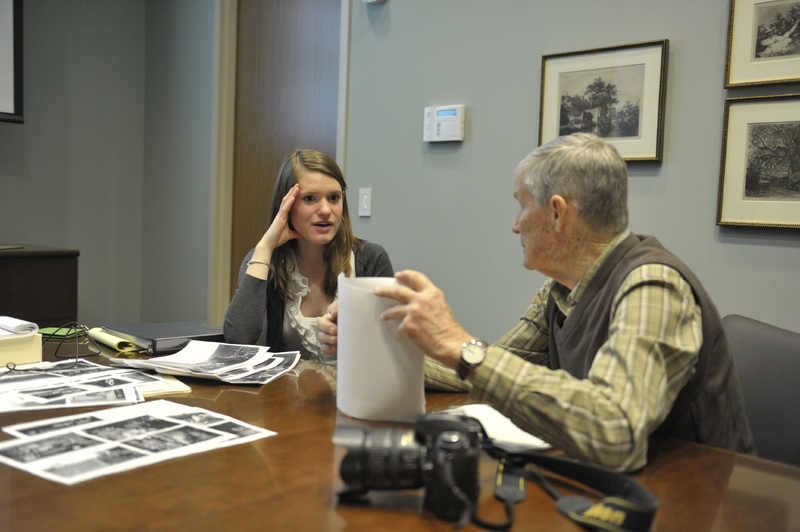 French and political science major Emily Cook cataloged a number of Jack Corn’s donation of 120 digital photographs of the coal-mining regions of Appalachia in the 1950s and 1960s. She curated an interactive exhibition on the library’s touchscreens combining digital photographs with her interviews of Jack Corn, whose work served as an image for President Johnson’s War on Poverty campaign. 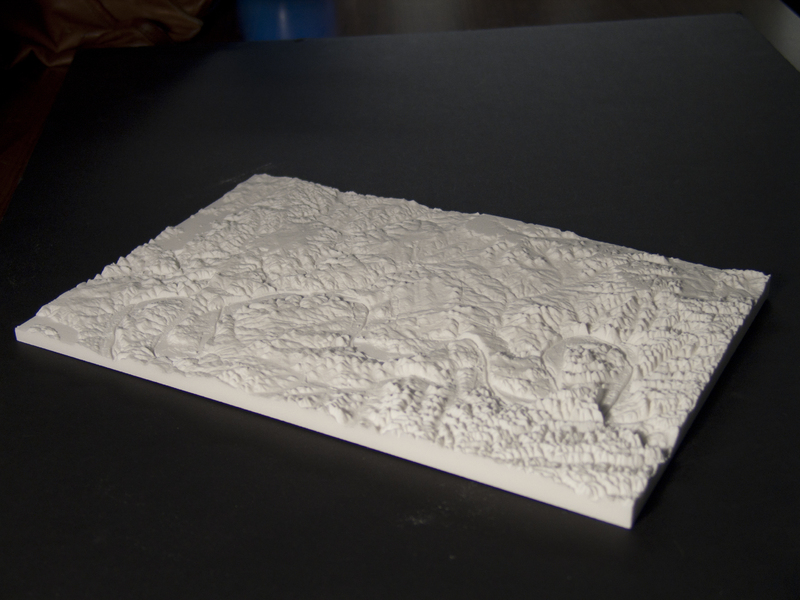 In 2015, Dean’s Fellow Gabriela Ore Menendez worked with the Robert A. McGaw Tennessee Historical Map Collection. She digitized and georeferenced maps of Tennessee from different points in history, and created a visualization that shows how perceptions of the state’s geography and environment have changed since 1790. Menendez, a PhD candidate in anthropology, produced a 3D model of the Cumberland River combining GIS data with data from the U.S. Army Corps of Engineers.  Modern technologies like GIS mapping make it possible to merge data from many sources into one map.  Menendez presented her work at the Tennessee Geographic Information Council annual conference where she won the TNGIC award for the Best Student Map. 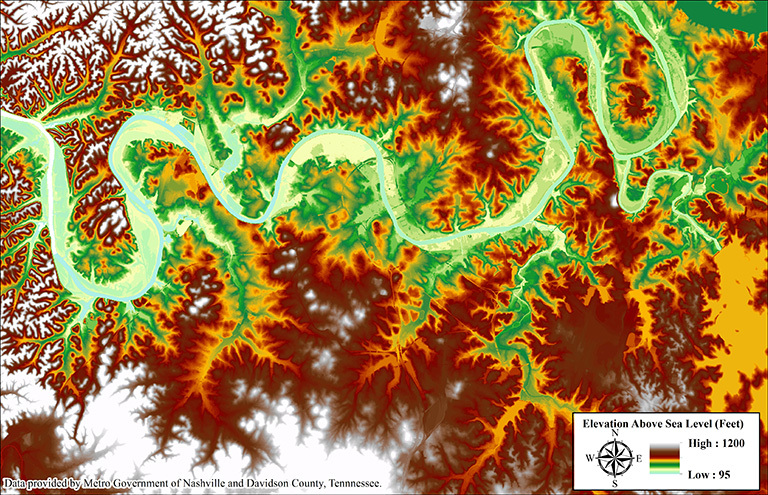 The Robert A. McGaw Tennessee Historical Maps Collection contains 95 maps. The maps used to generate this model combine significant detail about the Cumberland River and its interpretation by cartographers from the Colonial period to the present. 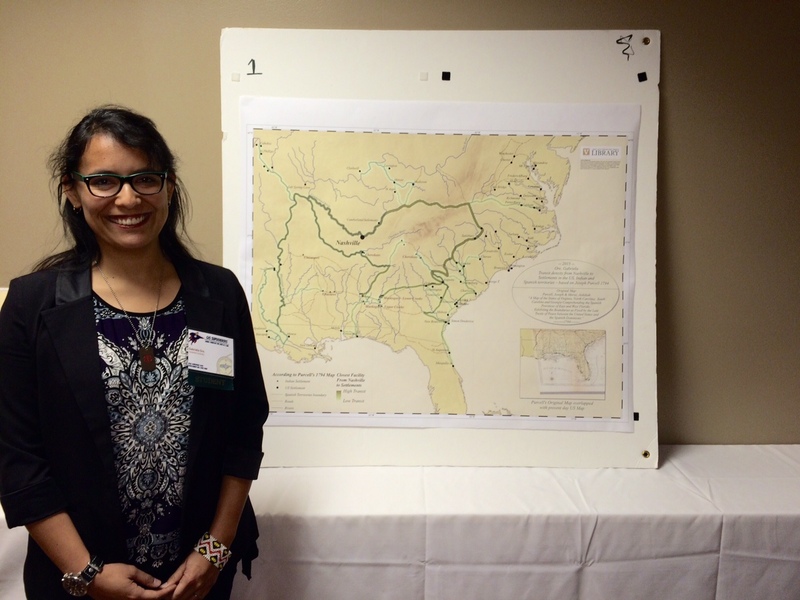 Gabriela Ore Menendez presented on her project in April 2015 at the Tennessee Geographic Information Council(TNGIC) annual conference at Montgomery Bell State Park. She won the TNGIC award for the Best Student Map. 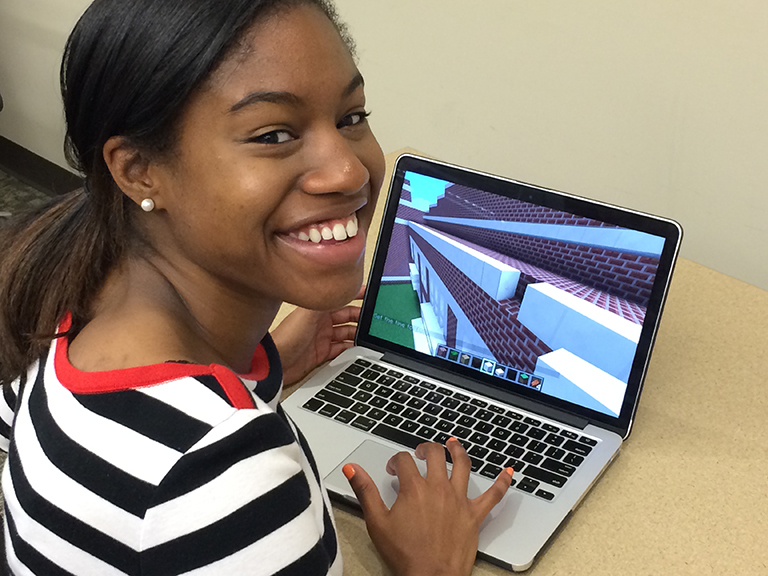 Anjelica Saulsberry (VU '15) constructed a model of the Vanderbilt University Central Library in Minecraft as a part of her 2015 Library Dean's Fellowship. The virtual model in this photograph was exported as a digital file and turned into a physical model using a commercial 3D printing service. 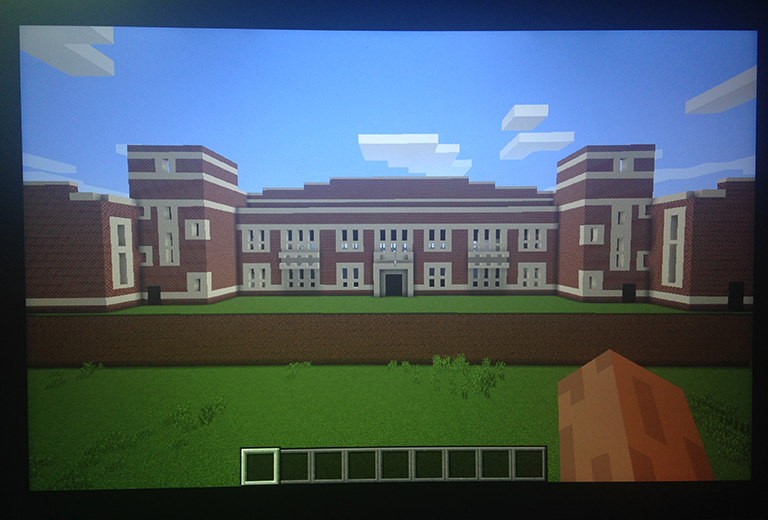 Fellow Anjelica Saulsberry created this 3D model of the Vanderbilt University Central Library. She initially built the structure in the Minecraft game environment. With assistance from the library's GIS specialist, she generated a 3D model using open source 3D modeling tools Mineways and Meshlab. Finally, Shapeways, a 3D printing service, printed the model. The production of this model demonstrates how a digital object originally generated by computer code can wind up having an afterlife as a physical object. 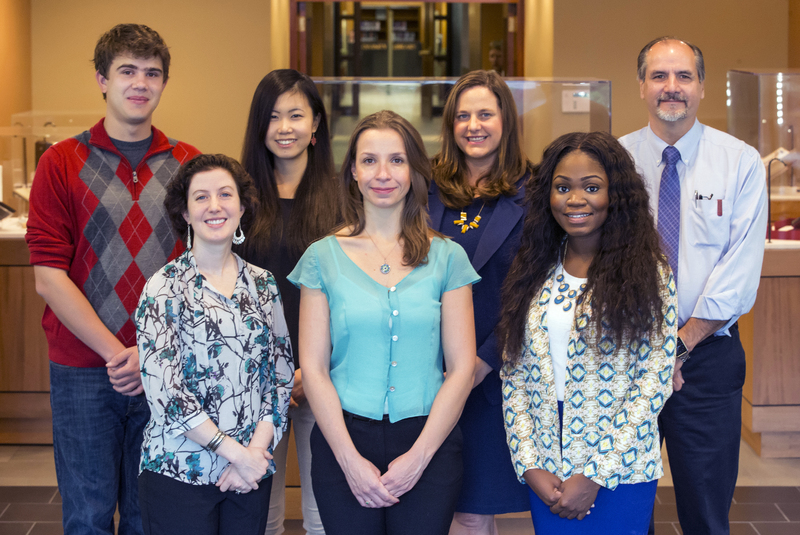 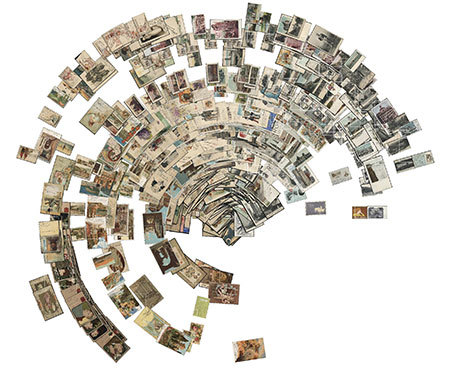 Visualization tools like Image Plot reorganize how we interpret images like these 660 postcards sent to or collected by tenor Enrico Caruso. Organized by color and hue in this output, this array of 660 postcards allows viewers to see the entire collection in one image. 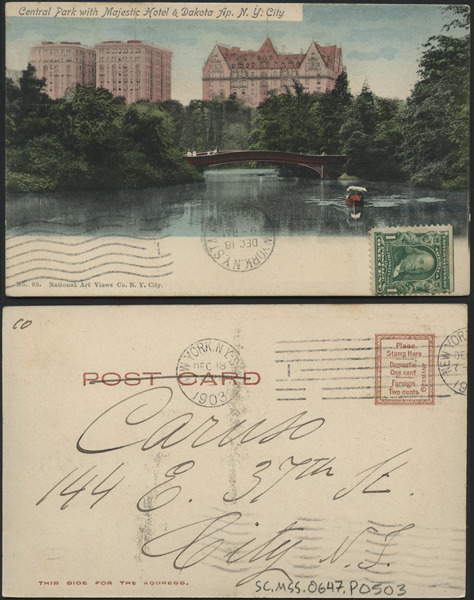 Dean’s Fellow Danielle Beaujon cataloged 660 postcards collected before 1910 by famed tenor Enrico Caruso. She researched the postal history and the iconography of the images while also examining ways to visualize the collection. Caruso lived at the Majestic Hotel when in New York, as it was popular with singers and other artists.

Book Love: How Adventure with a Book Shaped Me

As children, learning to read opens doors for us.  Laura Miller thinks "the first book we fall in love with shapes us every bit as much as the first person we fall in love with." That emotional attachment affects choices we make as adults. Here, two faculty, Jane Landers from History, and Kevin D. Murphy from History of Art, share books that shaped them.