Afro-Colombian intellectual Manuel Zapata Olivella is known throughout Latin America as the "Dean of Black Literature" and is considered one of the twentieth century's most important Afro-Hispanic novelists. His collection includes discussions with Black and Indigenous Colombians, otherwise marginalized from the historical record, on a wide range of topics – from street theater to indigenous handicrafts, to traditional medicines and popular religion, to gender roles in society and regional music and dance. Dean's Fellows Brad Wright and Tiago Maranhão reviewed hundreds of interviews and have provided a thematic orientation to the Grupo etnográfico's wide-ranging contents in brief scholarly essays, also available online. 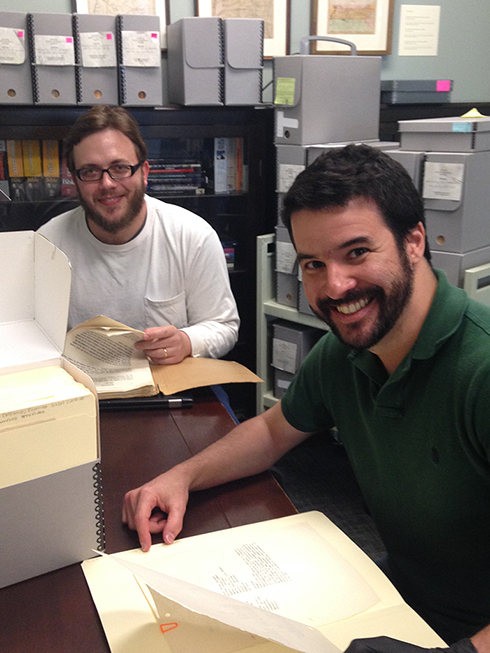 Library Dean’s Fellows have created an online exhibition consisting of essays designed to give an overview of the wide-ranging contents of these interviews. Links to selected interviews and documents also appear in the essays. The interviews have been digitized and are also searchable on this site. Essays by Tiago Fernandes Maranhao focus on gender dynamics among the Wayuu in the Guajira peninsula and issues of health and sanitation in Colombia.  Brad H. Wright discusses popular theater and Afro-Colombian identity in the 1970s, and surveys indigenous culture in La Guajira. 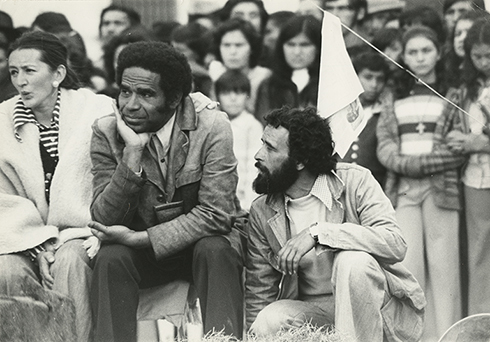 Colombian photographer Nereo Lopez Meza captured many iconic photos of Manuel Zapata Olivella's life. This image is from a 1975 performance of the Teatro Anonimo Identificador's play Rambao in the Plaza de Bolivar in Bogota. In the mid-1970s, Zapata Olivella and the Teatro built on the deep traditions of street theater in Latin America by performing plays that showcased regional Afro-Colombian, indigenous, and mestizo rural culture. Rambao was conceptualized as a process of helping to develop, display, and dramatize "eminently peasant" representations. Black campesino was center stage in this street theater, with a premium placed on "authentic" and unmediated local cultural expression. People from nearby provinces were the actors, dancers, and musicians. Plays were adapted to the oral traditions, music, dance, and style of popular classes in a given region.

Afro-Colombian novelist, playwright, and anthropologist Manuel Zapata Olivella spent the last half of the 20th century searching for popular culture in Colombia and representing its many diverse expressions to the world. This poster is from a 1984 conference that featured Zapata Olivella lecturing on Colombian popular culture. Afro-Colombian identity and culture entered the public sphere in striking ways with the black consciousness movements of the 1970s-80s. Zapata Olivella utilized novels, television, radio, public lectures, academic works, and theater to reach wide audiences. The Manuel Zapata Olivella Papers include ethnographic components that document indigenous and Afro-Colombian cultures through oral histories of community elders and ordinary residents of all ages. 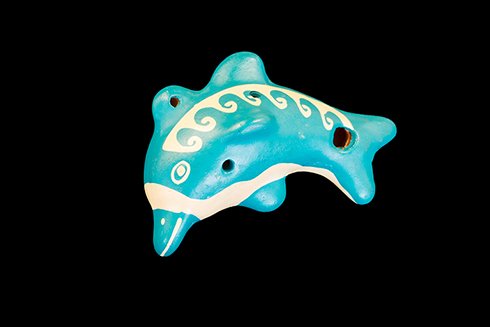 This dolphin whistle was created by indigenous Colombians and is representative of the strong traditions of music and dance within the country’s culture.  Homemade whistles, stringed instruments and improvised drums can be found in the hands of local musicians in many of the small hamlets found across the coast of Colombia. Music, dance and oral traditions were of great importance in Manuel Zapata Olivella’s study of indigenous Afro-Colombian culture. 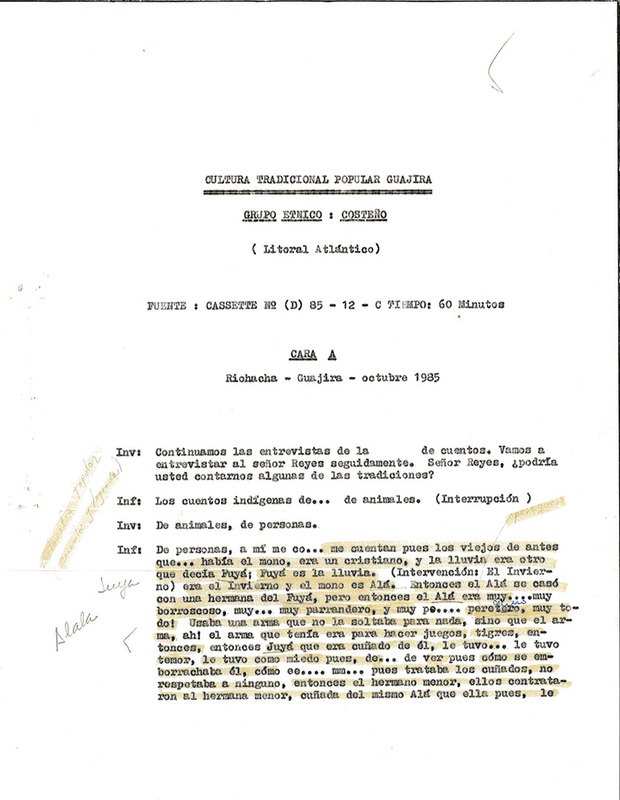 Peoples of the Guajira peninsula in far northeastern Colombia historically resisted European conquest and retained an impressive degree of autonomy. The Guajiro (Wayuu) people forged a unique identity in national imagination during processes of state formation that have attempted to incorporate Indians into a mestizo nation since independence. Indigenous and peasant Guajira have been increasingly displaced by industries, urbanization, and paramilitary violence since the 1990s. Wayuu society and culture are anchored in familial and linguistic ties, subsistence production, and rich oral traditions. In 1985, Fundacion Colombiana de Investigaciones Folclorica’s team of researchers conducted interviews with people in Riohacha and small towns in the interior of La Guajira.

A rainstick is a long hollow tube partially filled with pebbles, thorns or beans that when turned from one end of the stick to the other make a sound akin to rain. Commonly found throughout Latin America it was thought that the use of these devices might invoke rain to fall. This rainstick was made in Colombia by local vendors and intended to be purchased by tourists.