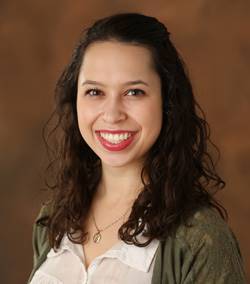 This project was funded by the Vanderbilt Libraries’ Dean Fellows program. It was led by Danielle Beaujon, a senior in the College of Arts and Sciences, majoring in History, and French and European Studies, with a minor in Corporate Strategy, working with her mentor Mary Anne Caton, with the idea for the project came from a fascinating collection of postcards.

These cards, donated to the Vanderbilt University Special Collections by author and opera expert Francis Robinson, were owned by renowned tenor Enrico Caruso. Of the varied collection of 660 postcards, nearly two-thirds are cards Caruso received as correspondence from friends, acquaintances and admirers around the world. The remainder represent postcards Caruso collected himself during his lengthy travels around Europe, the Eastern United States and South America. The postcards all date from 1900-1905 and thus represent Caruso's life and travel at an early stage of his career.

Initially, this was thought to be a complete collection of correspondence between Caruso and a limited number of friends. However, further analysis revealed the diversity of the collection: some were sent to Caruso while others were collected by him or not sent at all. Many have inscriptions but others are not even signed. The cards seem to possess no uniting factor, except that they were picture postcards owned by Enrico Caruso. Though originally the idea had been to create a map of the postcards, mapping seemed an inadequate representation of the collection because there was no consistency in the available information.  It was deemed that he best approach would be to view the postcards through the lens of Victorian culture and attempt to see what these themes might say about Caruso or his world.

← Miscellaneous
Enrico Caruso →
About This Exhibit