Pottery pieces of various sizes and designs served multiple purposes – storage, food preparation, lighting, writing, art. Technologically, pottery evolved in the ancient Near East from rough hand constructions, to vessels formed using the coiling method, to firing them for enhanced durability, to use of the potter’s wheel (invented and refined during the sixth–fourth millennia BCE) to achieve thinner walls and finer features, to glazing and decorating them. Technological and artistic developments throughout history have been meticulously analyzed to establish a chronological typology, which archaeologists generally use to date their other findings. Pottery is one of the most ubiquitous remnants of ancient times, and its role in the evolution of culture can scarcely be overstated. 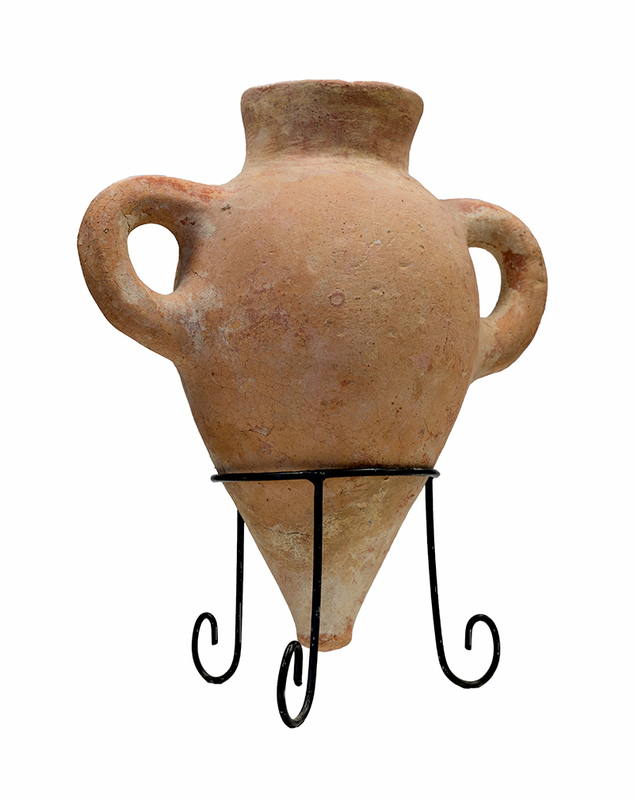 Storage jars, ranging from small to large, preserved water, wine, and dry foods for domestic use throughout the year. Larger jars, amphorae with narrow necks and two handles each, could also transport goods a great distance. Marine archaeologists have discovered numerous such amphorae containing wine and olive oil in shipwrecks from the second and first millennium BCE. The storage jar here displayed is from the Iron Age in Israel, precise provenience unknown. Loan from Emeritus Professor Douglas A. Knight. 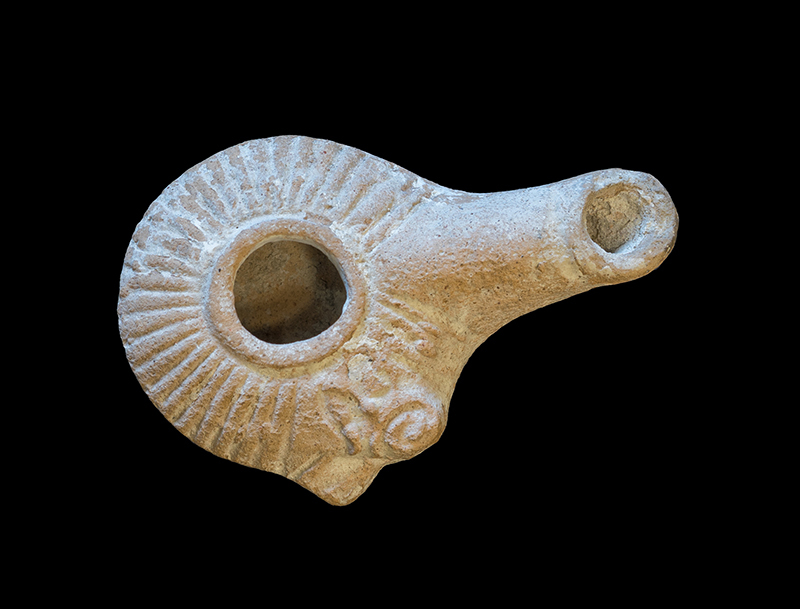 Lamps made from shells, concave stones, and other natural objects have been found from some 15,000 years ago. The advent of pottery offered new material that could readily be crafted and styled into different forms. Early examples were open bowls or saucers pinched one or more times on the edges to hold a wick of flax, which was lying in olive oil. Next a type of nozzle took the place of the pinch, and eventually the bowl was nearly closed with a spout to hold the wick. To complement their function in providing light, the lamps were often ornately decorated and even shaped into anthropomorphic and imaginative forms. Olive oil continued as the most widely used fuel. Loan from Emeritus Professor Douglas A. Knight. 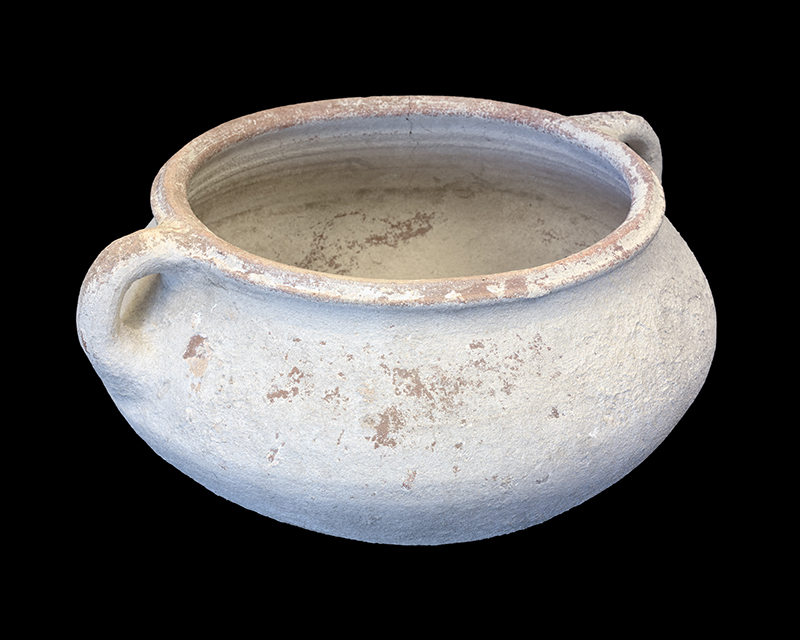 This is a typical example of a cooking pot from the late Iron Age, confirmed by similarly-shaped finds at Hazor and Samaria. During this period Megiddo was an urban center of pottery production. Unlike the more rounded cooking pots of an earlier age, the body of this one is slightly squat. Also typical of this period is the ridged rim and two handles attached near the top. Note as well the discolored patches on the side, caused either by exposure to the elements, or by a fire which the assemblage of pottery in the stratum (IV-A) indicates occurred during this period. If the cause of the patches is indeed the fiery destruction, it is all the more astonishing that the pot survived intact. It is donated by the Megiddo Expedition, Tel Aviv University, 2001.