Arno Poebel (1881-1958) was an internationally esteemed scholar of ancient Near Eastern studies and a prolific writer especially in the field of Sumerian language and literature. He was a professor of Assyriology and Sumerology in the Oriental Institute of the University of Chicago from 1930 to his retirement in 1946 and served as the editor of The Assyrian Dictionary published by the Institute. This collection, acquired in 1968 from his estate, is rich in cuneiform text illustrations and contains dictionaries of several ancient languages. Besides the published materials, the library received all of Professor Poebel’s private papers, two manuscripts and numerous cylinder seals. 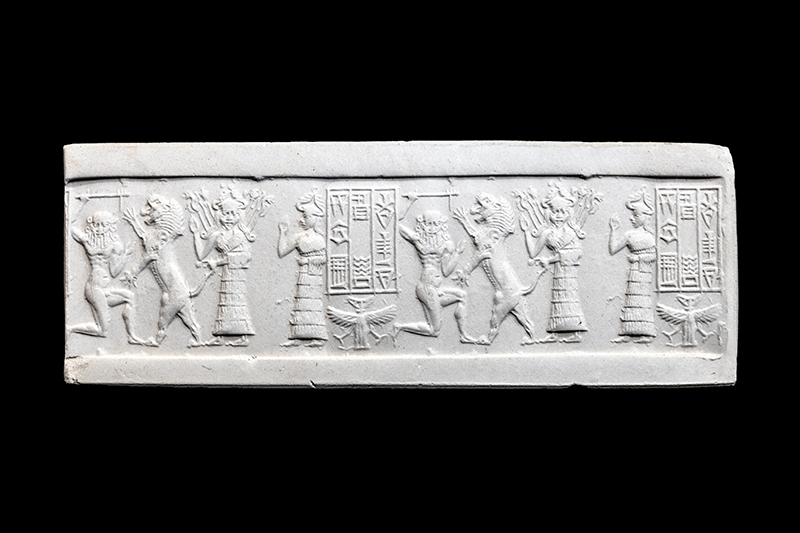 From the Third Dynasty of Ur (22nd-21st centuries BCE), this seal depicts a hero, clutching a weapon, in combat with a lion. It appears the goddess Ishtar restrains the lion by grabbing its tail. 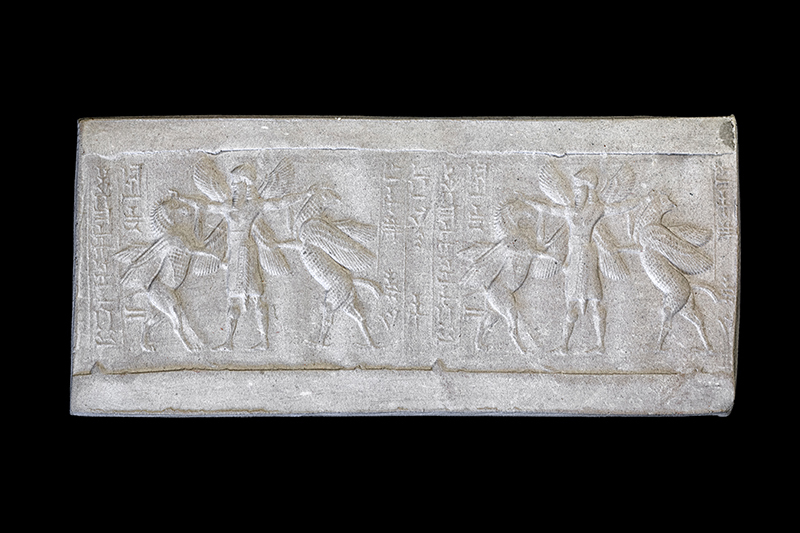 Dating to the Achaemenid Period (550-330 BCE), this seal shows a winged man wearing a horned helmet. On either side are two men and above the central figure’s head is the winged disk, which here represents Ahuramazda, a Persian deity. 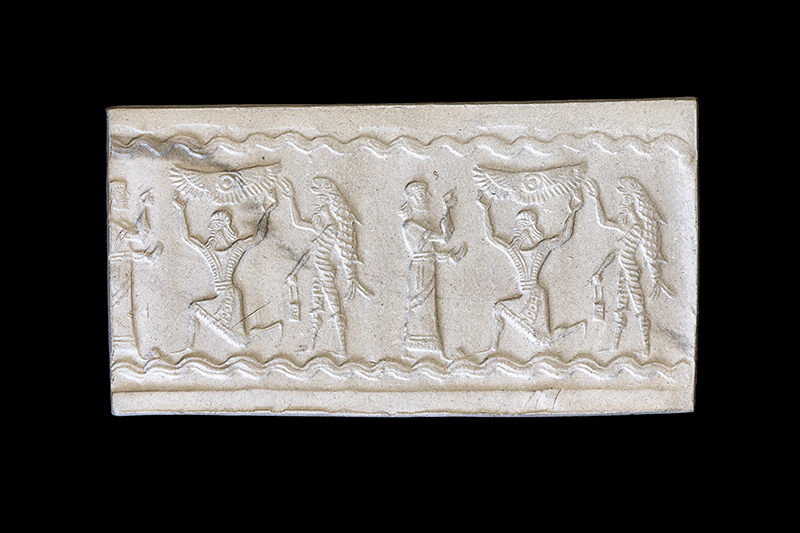 The seal (1100-600 BCE) shows the composite fish-man, a figure known from Assyrian texts, which is buried in houses as a protection against illness. The fish-men are typically identified with seven sages or demigods who brought civilization and culture to humankind. Also pictured is a single kneeling figure supporting the winged sun-disk.