Archaeologists uncover an ever-increasing variety of data and objects from the past – from remnants of walls and houses to roads and harbors, from everyday utensils to high art, from human remains to animal bones, from residues of seeds and foods to evidence of environmental and geological conditions. In this case are three different types of domestic objects found in excavations in Israel, mostly from the first millennium BCE. 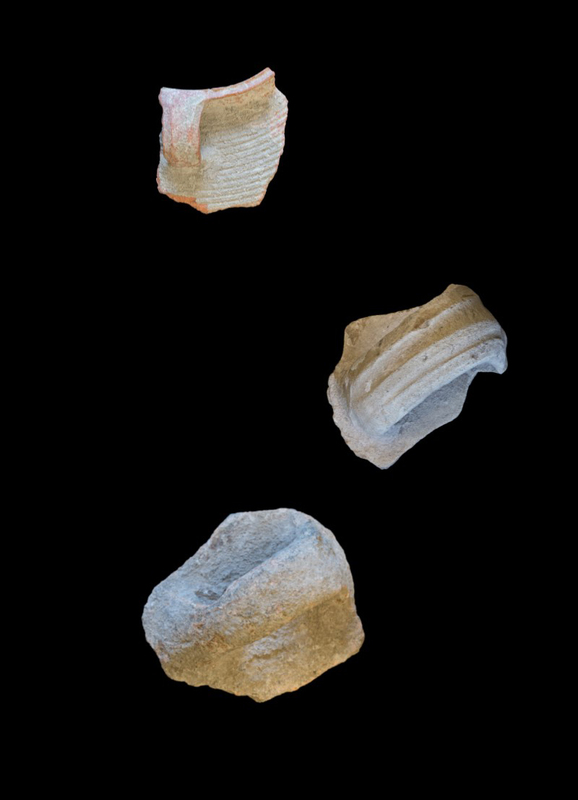 Many pots were created with handles, which often survive intact along with other sherds, and from their shapes and sizes archaeologists can identify the types and approximate dates of the vessels to which they were attached. The handles here displayed are from a large storage jar (probably hand-formed without use of a wheel, ca. mid-second millennium BCE); from a storage jar thrown on a wheel (first millennium BCE); and from a fine thin-walled vessel (probably Roman period). Discovered at Tel Aphek, Israel. Loan from Emeritus Professor Douglas A. Knight. 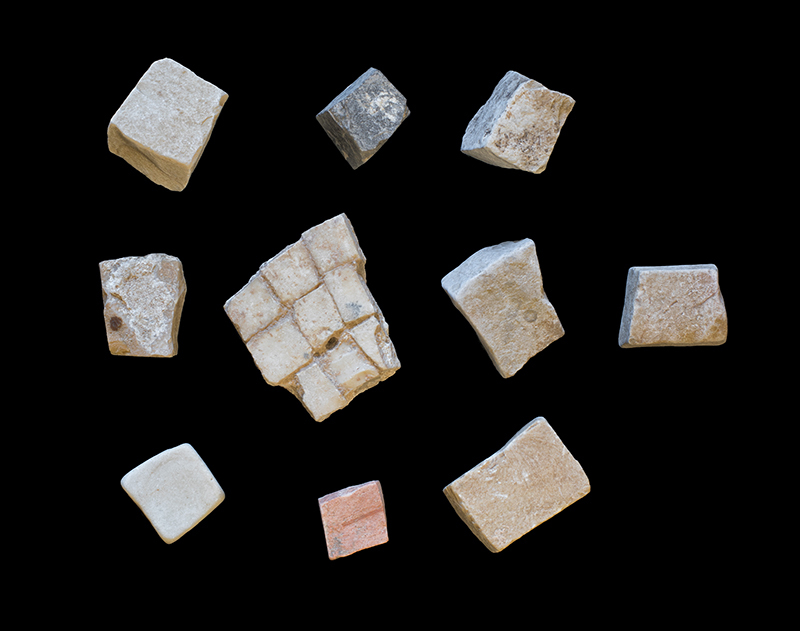 Small tesserae or tiles were cut from stone and shaped in cubes or other forms to be used in creating a mosaic. They could be assembled with pieces of various colors to form simple or ornate designs and images. These tesserae are from the Roman period ca. first century CE and were discovered in an elegant home in ancient Aphek-Antipatris, a settlement located near present-day Tel Aviv, Israel, at the site of Tel Aphek. They were embedded in plaster to serve as a floor in the house. Loan from Emeritus Professor Douglas A. Knight.