Medicine and The Evolving Understanding of the Body

From medieval depictions of bloodletting based on astrological signs, to instructions for battlefield surgeons, and finally to modern technology, books have recorded our changing understanding of the human body. Contemporary artists have also responded to the technical achievements of modern medicine by exploring its emotional and spiritual aspects.

The Art of the Book: Medicine and the Evolving Understanding of the Body

The Art of the Book: Medicine and the Evolving Understanding of the Body
April 25, 2016
Speaker: Daniel Weitz
Vanderbilt University

Daniel Weitz, an undergraduate in Professor Elizabeth Moodey’s spring 2016 Art of the Book class, was inspired by an artist’s book to learn more about medieval and modern medicine. Daniel made a video of the book Open Heart Surgery opening and closing and also interviewed the artist and a cardiac surgeon as part of his research. In this video, he talks about the book that inspired him and some of the things he learned about himself during the class. 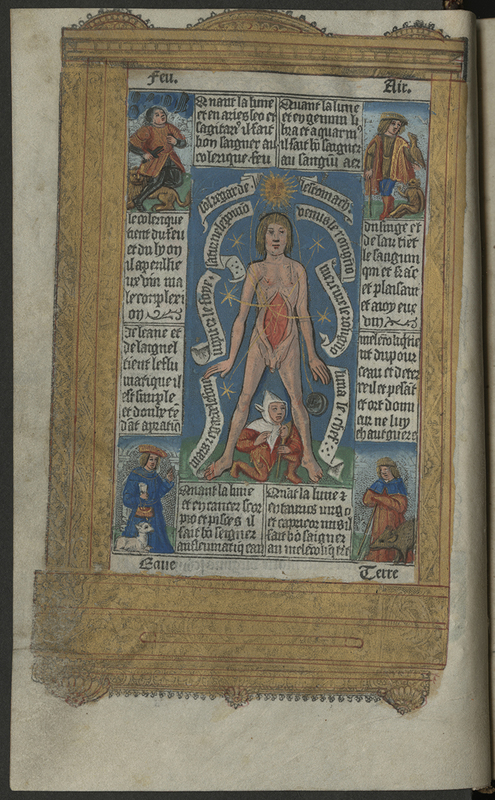 “The Anatomical Man,” found within this printed Book of Hours, depicts the different ailments and the recommended treatments based on one’s sign of the zodiac. Books of Hours were popular devotional texts used primarily in the Middle Ages and could include the Hours of the Virgin, calendars, the office of the dead, psalms, Suffrages, Litany, and excerpts from the Gospels. These books were very personal and helped individuals maintain their religious studies throughout the day. Most are very worn and the most popular texts are clearly shown by the wear on the paper.  Books of Hours were commonly illuminated and varied depending on the owner’s budget and imagination. 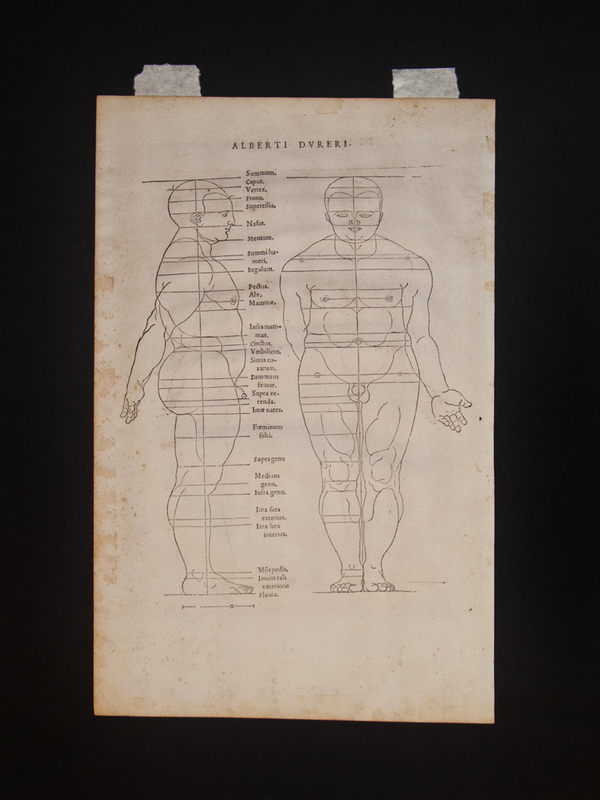 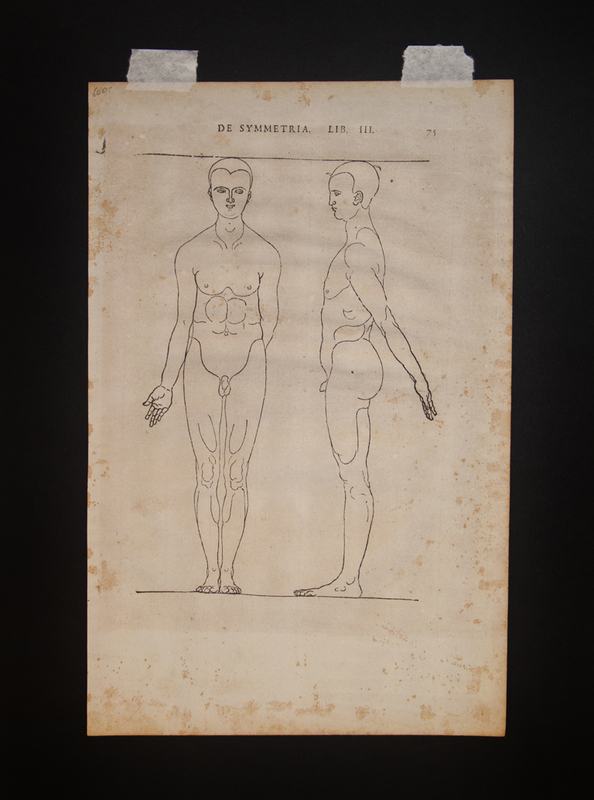 Known mostly for his engravings and religious paintings from the Northern European Renaissance, Albrecht Dürer was influenced by Leonardo da Vinci, Marcus Vitruvius, and other important figures of society. Their interest in the physical body helped spark his own and led to four books of varying sketches regarding human proportions. His entirely unique portrayal of humans of various shapes and sizes show the individual proportions and beauty of form. Before Dürer’s drawings, the ideal proportions determined by Vitruvius were the only established absolute form of beauty. Dürer looked to illustrate many different humans, as well as to innovate the science of human proportion. Many do not know of Dürer’s love for science, only focusing on his paintings and woodcuts. 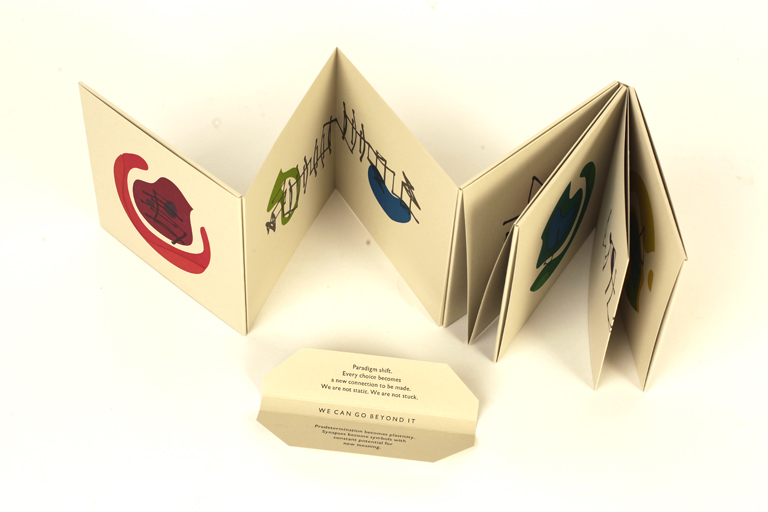 We Can Go Beyond It

Utilizing a series of EEGs from her father’s brain, artist Bridget Elmer creatively depicts the neurological process of synaptic change. The artist has taken the theory of neuroplasticity, the notion that people’s brains have the ability to change and begin anew, and brought it into a format that encourages readers to take the book apart and rearrange it to their own liking. The original brain maps are actually dismantled and transformed, creating new symbols in various colors. There is no “correct” way of putting this project in order, which shows the different ways the brain can rearrange itself. 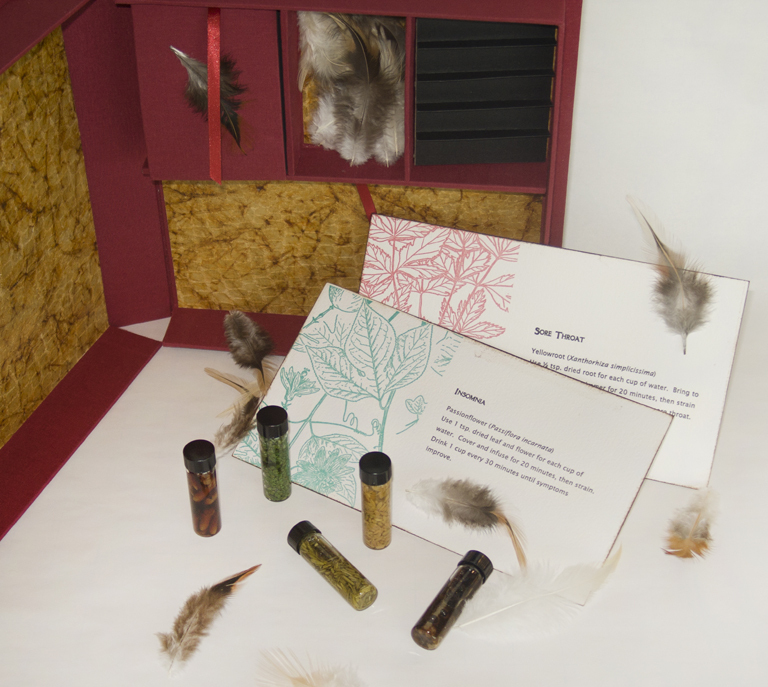 In order to explore traditional homemade folk remedies and to remember her time with her father after his passing, Jamie Weaver looks at how faith truly impacts us and how we cope with our memories. She incorporates vials and recipes of different folk remedies, bringing her research to life. She was inspired by a presentation on traditional homemade folk remedies at a conference on Appalachian studies. This brought back memories of her childhood digging up different plants for tea with her father. In her work, Weaver explores the extent that a remedy can truly heal us, questioning if it is less painful to remember our memories or to forget them.  She ultimately finds that healing depends on faith. 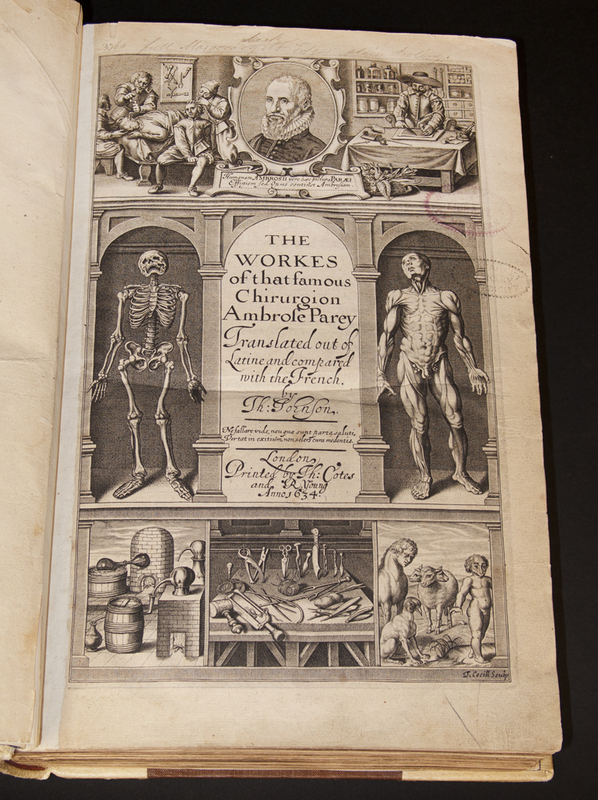 The Works of that Famous Chirurgion Ambrose Parey

This manual of medicine, written by the revolutionary 16th century surgeon Ambroise Paré, helped doctors and surgeons for years after its publication and depicted tools and treatments for use on patients. Ambroise Pare was so renowned that his work was translated from French into a variety of other languages for use around the Western world. The book includes everything from ways to perform surgery to the different types of medical tools and methods for dealing with trauma to the human body. Many of the medical tools appear fairly barbaric from a contemporary perspective but were highly advanced for their time. Because it was such a landmark publication, new reproductions of the 17th century text are still available today. 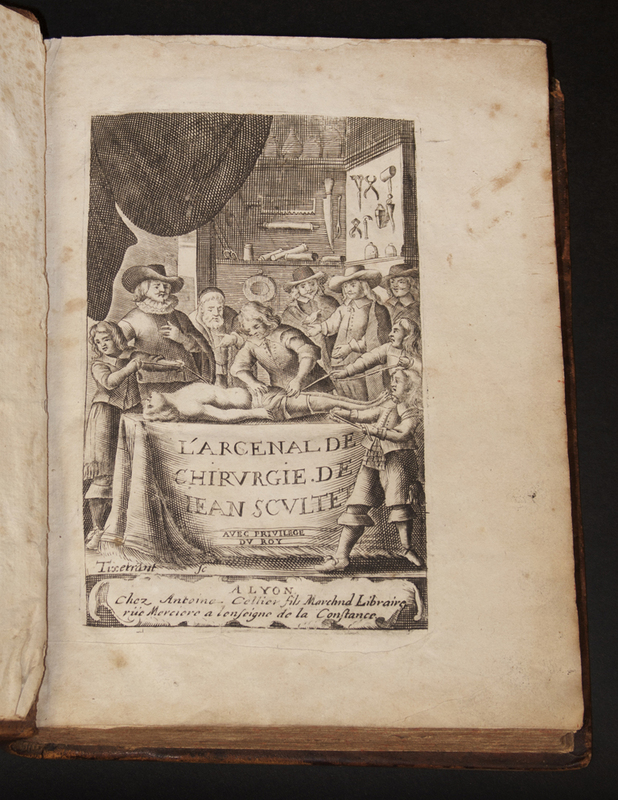 Created as a medical reference book in the 17th century, Scultetus’s Arsenal of Surgery has a number of illustrations of medical tools, treatments for ailments, and splints. This book is similar in scope to The Works of that Famous Chirurgion Ambrose Parey, but was never as popular.  However, it is still incredibly detailed in its own right and one can imagine many French doctors utilizing it in their studies and practice. 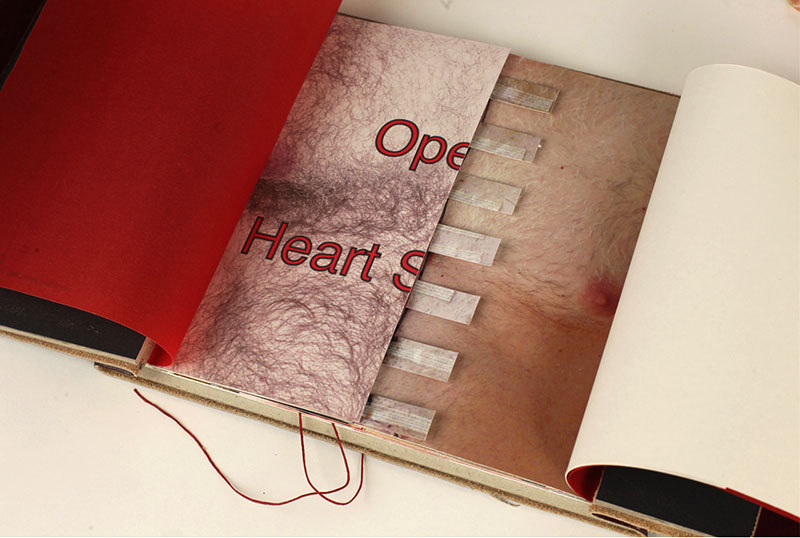 After undergoing open-heart surgery in 2002 to fix a heart murmur, Michael Peven created a book that takes the reader through his surgery. It provides readers with an intimate view and understanding of the complicated subject of the surgery through the visual and physical effects of literally opening up his chest and peering inside. The artist/patient portrays the interior of the chest while also showing the intricacies of performing the surgery. The book becomes increasingly difficult to open as one gets deeper into the chest, forcing the reader to take an active role in undoing ties and sewing. The book takes longer to close than it does to open, which is analogous to the surgery. Upon reaching the end, the reader encounters a romantic surprise.