This exhibition focuses on the figures that played principal roles in Colombia’s history throughout the 19th and 20th centuries.  In 19th century Colombia, Antonio José de Sucre and Tomás Cipriano de Mosquera served as military generals and presidents and led several Latin American nations to independence.  The education programs demonstrate the role of students in forming a new nation and the curriculum that was established to educate Colombia’s newest generation of citizens.  Manuel Zapata Olivella represents the importance of Colombian scholarship in the 20th century and has played a crucial role in preserving and documenting Afro-Colombian cultural traditions. 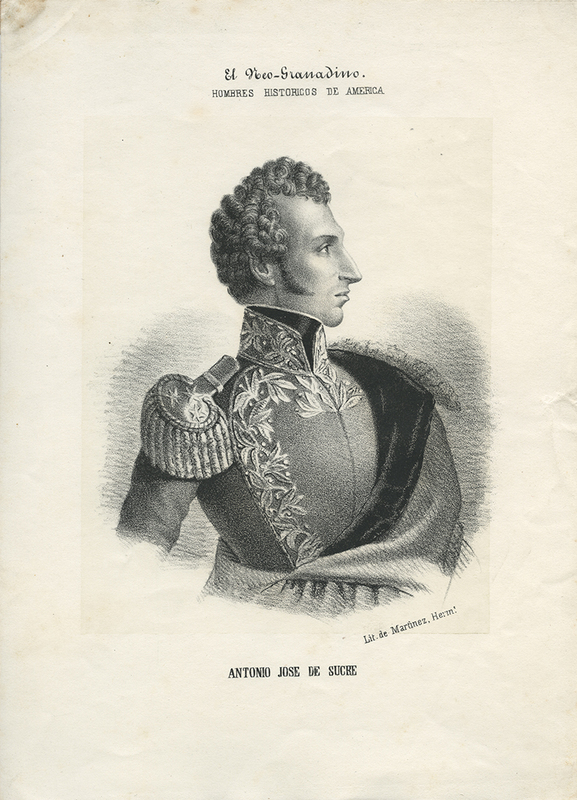 Antonio José de Sucre y Alcalá, also known as the “Grand Marshal of Ayacucho”, was one of the most respected leaders of Latin American independence from Spain and played an instrumental role in Venezuela’s independence.  After serving as Simón Bolívar’s chief lieutenant, he became Bolivia’s second president.  Bolivia’s capital, Sucre, is named after this independence leader.

This map served General Mosquera in his campaign in the south of New Granada.  There is a cross in the southern section that marks where General Sucre was assassinated.  Sucre was part of an assassination plan fabricated by General Flores, who wanted to separate the southern departments (Quito, Guayaquil, and Azuay), which formed the District of Ecuador, from Gran Colombia to form an independent country and become its first president.  General Flores feared that Sucre would sabotage his plan and be the preferred candidate for presidency due to his reputation and popularity. 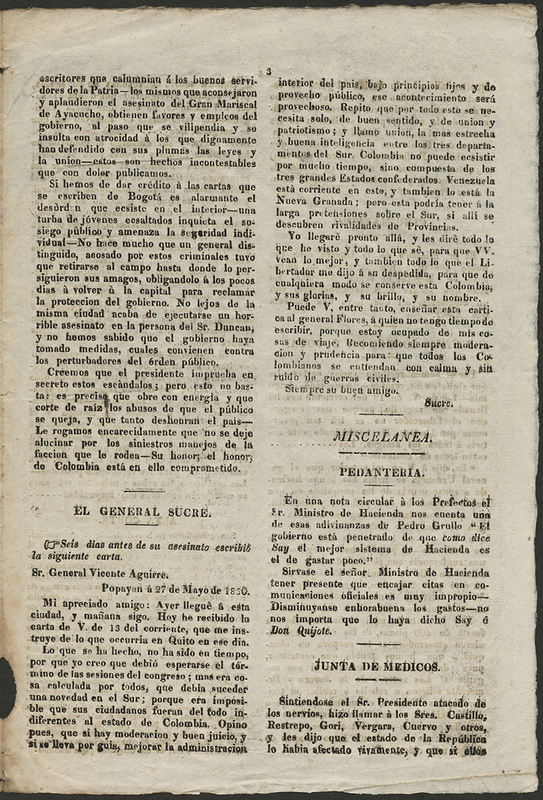 Six days before his assassination, General Sucre wrote a letter to his friend Sr. General Vicente Aguirre about his arrival in the city of Popayán.  In this letter, he describes the necessity of improving the administration of the interior of Colombia and the need for more unity in the three southern departments in order to preserve Colombia.  He ends his discourse by urging Sr. General Vicente Aguirre to show this letter to General Flores.  This letter was published in the newspaper El Duende on August 16th, 1830. 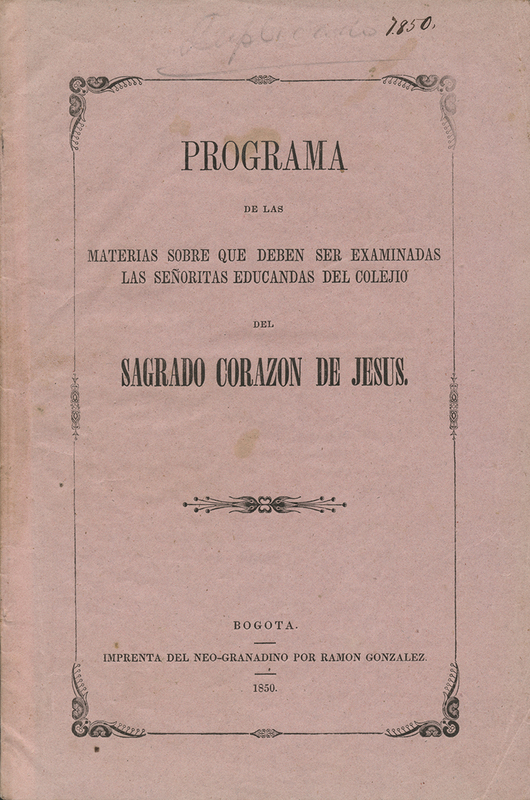 The Colegio de San José de Tarbes is a school for girls.  The school’s academic program offers several courses, such as music, English, typing, shorthand, drawing, painting, clothes washing, and dressmaking.  The introductory pages of the program describe the school’s conditions as well as its objectives, which include creating virtuous youth that can be useful to family and society.  The school intended to educate girls to be firm pillars to the future stability of Christian households. 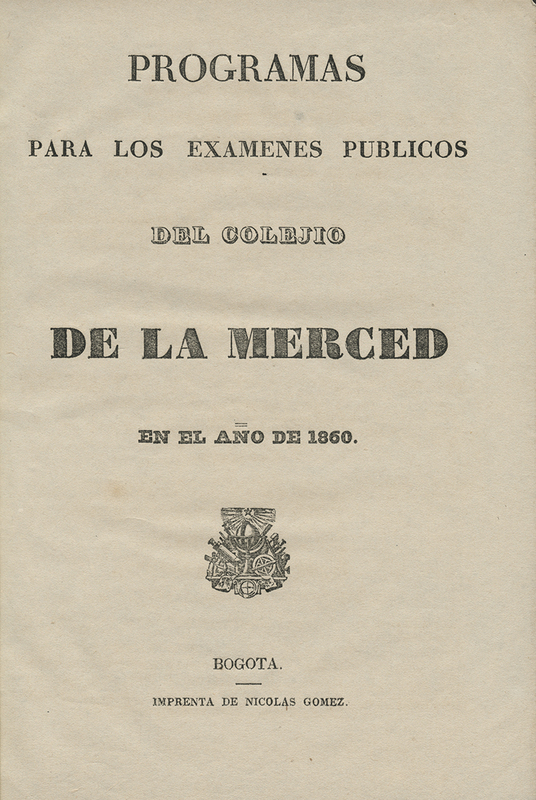 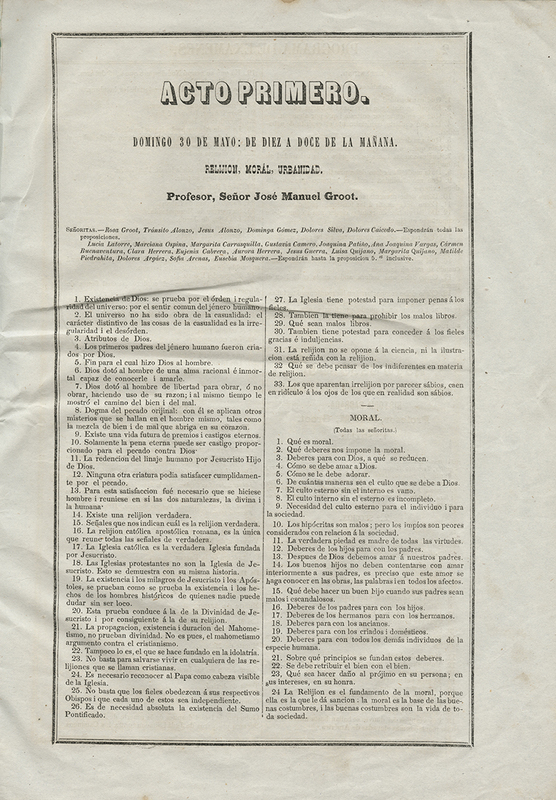 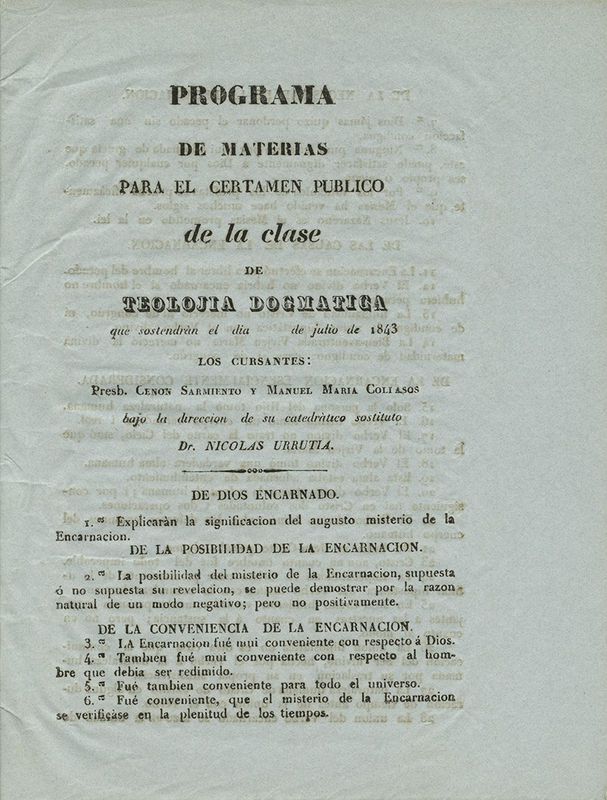 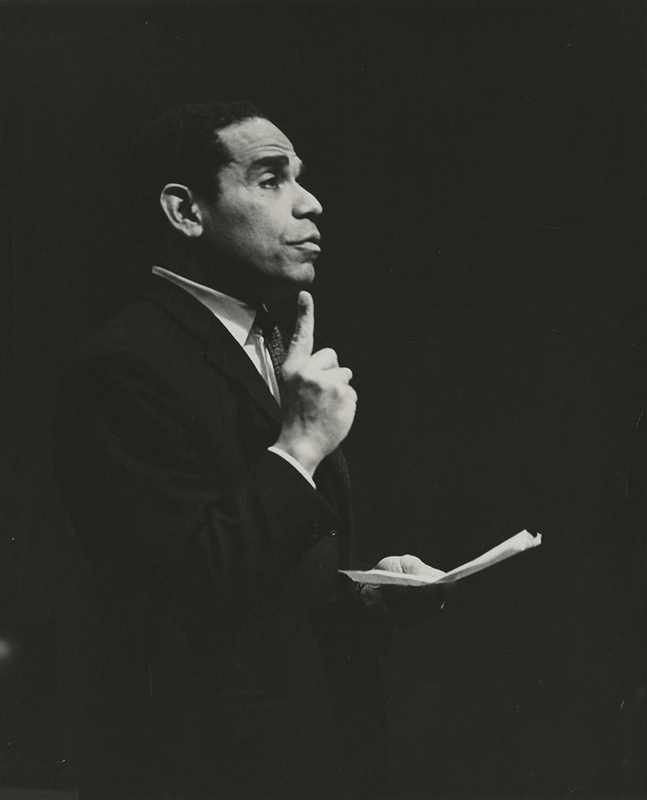 Manuel Zapata Olivella was a Colombian physician, anthropologist, and novelist who was instrumental in the preservation of Afro-Colombians’ heritage.  He was responsible for the creation of the World Congresses of Black Culture 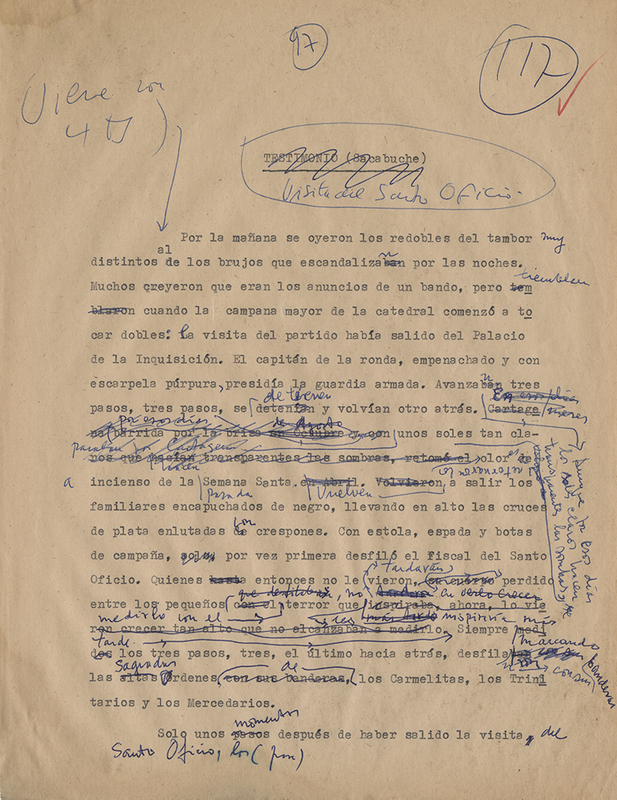 Manuel Zapata Olivella’s most important work is the novel Changó, el gran putas, which narrates the origin and history of the African diaspora in the Americas.  The novel was first published in 1983, and the following typescript of the chapter “Visita del Santo Oficio” depicts the edits he made for the publication of the second edition in 1992. 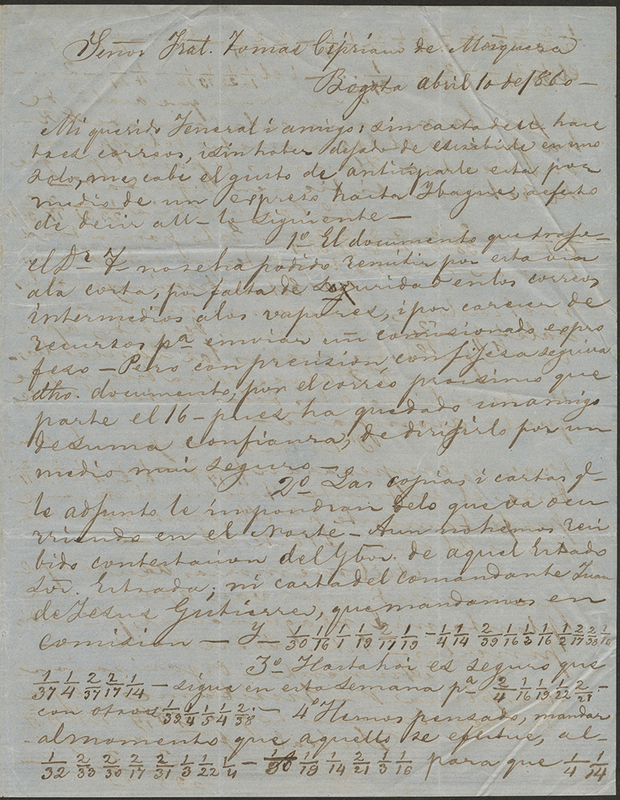 This encoded letter was addressed to Mosquera on April 10, 1860.  Certain sections of the letter are not legible; on both pages, several sentences are replaced with numerical codes, which suggests that valuable and private information was being conveyed.

This gallery shows portraits of the presidents of Colombia in the 19th century.  Tomás Cipriano de Mosquera was the president of Colombia on four different occasions and ruled from 1845-1849, 1860-1862, 1862-1864, and 1866-1867.  He implemented several liberal reforms under his leadership. 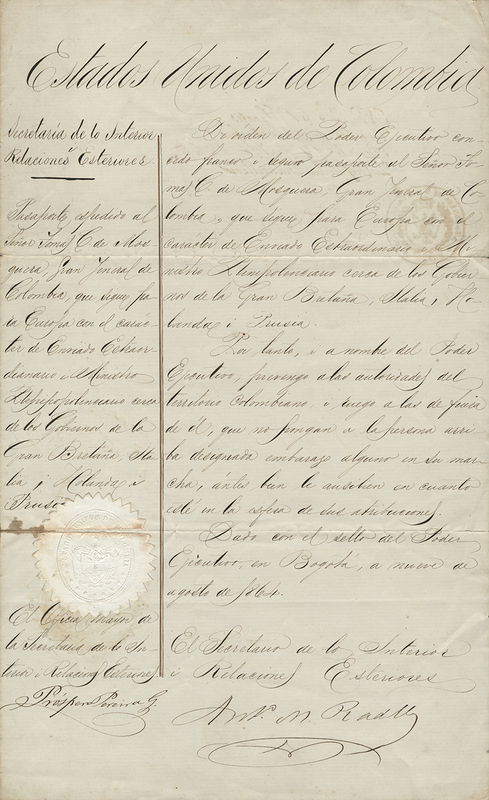 The United States of Colombia and the Secretary of the Interior issued this passport to General Mosquera on August 9, 1864.  This passport conceded permission for Mosquera to travel to Great Britain, Italy, Holland, and Russia.