The selections within this exhibition come from the more than 250 southern-made books in Vanderbilt's Special Collections, and are the product of a Dean's Fellowship taken on by undergraduate art history major Haley Brown during Fall semester 2015, who encoded a dataset representing these books, their makers, and the networks that bind the book arts community. We extended and repurposed this data, and in that process we found previously unseen connections about the collection itself. Answers to these questions taught us which books in the collection are the oldest, what people are most representative and in what ways, and which themes we tend to collect around most frequently, as well as links between artists, schools, and mentors in the book arts community. Taking the abstract data and recreating it with books allows viewers to see these works and their connections conceptually, which theorist Lucy Lippard said means "the idea is paramount and the material form secondary..." 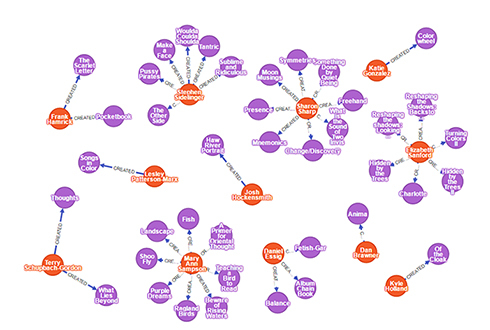 Querying our dataset about unique books produced a list of artists’ books in the collection with only one copy in existence. These one-of-a-kind items show a wide range of artistry and inspiration. A love of music prompted Mary Ann Sampson to name her press the One Eyed Opera Company (OEOCO). Daniel Essig, fascinated with what he calls “traces of past objects,” blends sculpture, painting and woodwork into books resembling treasures in a cabinet of curiosities. Hamrick sees his books as ways to tell complete stories with photographs. Stephen Sidelinger wonders: can you tell which part is sublime and which ridiculous? Terry Shupbach-Gordon’s book came from time spent reflecting on “bits and pieces.” Kyle Holland changed Little Red Riding Hood’s cloak to a blue, hooded bath towel to discuss his problematic relationship with his father and his take on Southern masculine subculture. 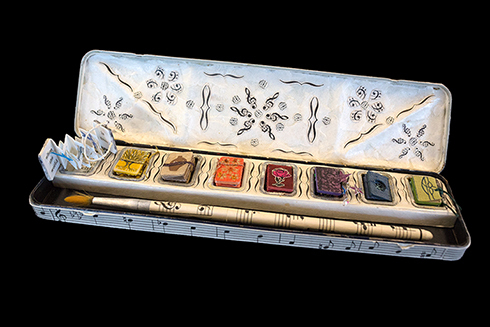 The printing press is perhaps the most recognizable piece of equipment in history for the printing of books. Letterpress printing has deep roots in Nashville, with its core at Hatch Show Print, maker of one-of-a-kind posters in simple, balanced layouts. Without the long history of traditional book arts that defines cities such as Boston, Philadelphia, or New York City, Tennessee artists and presses built themselves around personal and handmade methods: close working relationships with community members and co-working studios, artist in residence programs, a fondness for music and self-expression, and the use of found materials. Artists’ respect for history shows in simple iconography, handmade elements, and the incorporation of viscerally southern memories. These distinctions put local artists’ books in a category of their own. 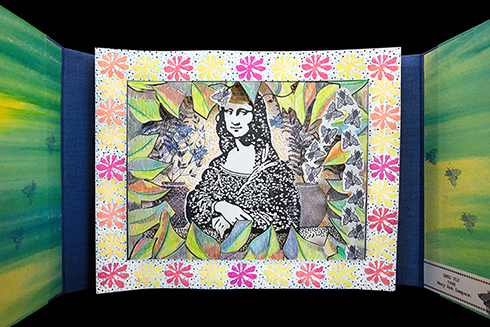 At the heart of this Dean’s Fellow project was an interest in discovering connections between the many people it takes to make an artist's book. We learned that ties ran quite deep. Many artists went to the same schools, took workshops together, or were mentored in a technique taught by a particular person. With this query, we were broadly interested in which “nodes” (a computer science term that simply means any connection or point in a graph) had the most connections. While artists Amy Pirkle, Mary Ann Sampson, and Sharon Sharp turned up because of the number of their books in the collection, Steve Miller’s sixteen connections are very different. He contributed in some way to ten books, and his other relationships aren’t visible in books: namely, his mentorship of other artists. This showed us the depth of influence that one person can have on a collection as well as how personal connections affect artists’ choices in their bookmaking. 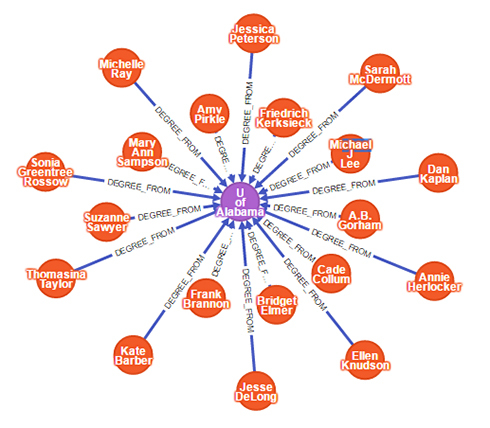 The University of Alabama’s Book Arts Program was modeled after its Creative Writing Program, so collaborations between book artists and writers have been a hallmark of the program from its start in 1985. Students learn all aspects of making books by hand, working with other students on campus as well as with presses in Cuba and the United States. These works combine visual arts and creative writing, such as in Sonia Greentree Rossow’s use of her own poetry or Michelle Ray’s complex forms to create a story about her maritime experiences and the maverick sailor Bernard Moitessier, who threw the first 'round the world solo sailing competition by sailing away from the finish line at the last minute. He stated, “...I am happy at sea, and perhaps because I want to save my soul." 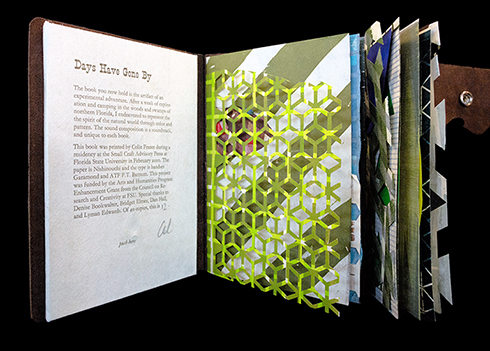 Exploring relationships between artists, printers, presses and other contributors in this collection led us to wonder: are there common themes that many book artists work with in their art making? We mapped general subject areas in our data, aggregating books generally by the areas that their content and art explored. We discovered one topic which was much more representative than others. While specific subjects vary from flora and fauna, to family memories on the lakeside, fishing, the rhythm of waves and water, and to environmental consciousness, much of Vanderbilt’s collection of southern artists’ books focuses on nature. 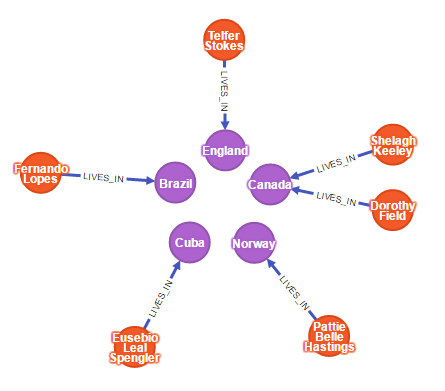 Shared experiences, interest in a technique, and learning new skills all prompt collaboration, like these flourishing between book artists living outside the United States. While our collection focuses on southern-made books, it also revealed international ties among the artists. This case explores how artists, printers, and publishers collaborate with paper makers, illustrators, poets and others. Their collaborations result from many shared things—mentors, studio space at a residency, or themes. This selection from our dataset includes works by Havana city historian and preservation director Eusebio Leal Spengler as well as books by British artist Telfer Stokes. 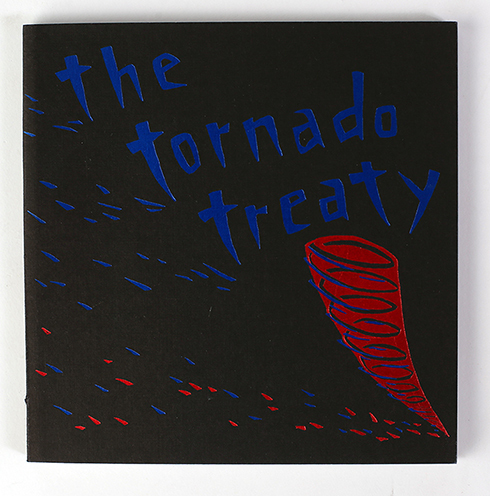 Scholar and book artist Johanna Drucker cites British poet William Blake (1757-1827) as the founding father of artists’ books in her work The Century of Artists’ Books. Blake was famous for writing, illustrating, and binding his own books. He understood self-publishing as the synthesis of word and form. Years later, as World War I began, avant-garde artists across Europe created pamphlets, posters, and manifestos to publicize and disseminate ideas affordably. They used satire and abstraction to comment on political groups and social classes in small, limited editions that often had dramatic differences between copies. As seen here, by the 1970s-80s artists’ books had gravitated far from traditional bookmaking. More common was a cheaper, mass produced aesthetic, often paired with highly conceptual content and artistic collaborations.