What is a Solar Eclipse?

Humans have long been fascinated by solar eclipses. A solar eclipse occurs when the Moon passes between the Sun and the Earth and casts a shadow on the Earth's surface. The techniques used to observe solar eclipses have not changed much throughout history. Typically, astronomers use telescopes with special filters to block the majority of the light coming from the Sun. While it may appear safe to look at the Sun during a solar eclipse, the intensity of the light is still dangerous to view unaided. 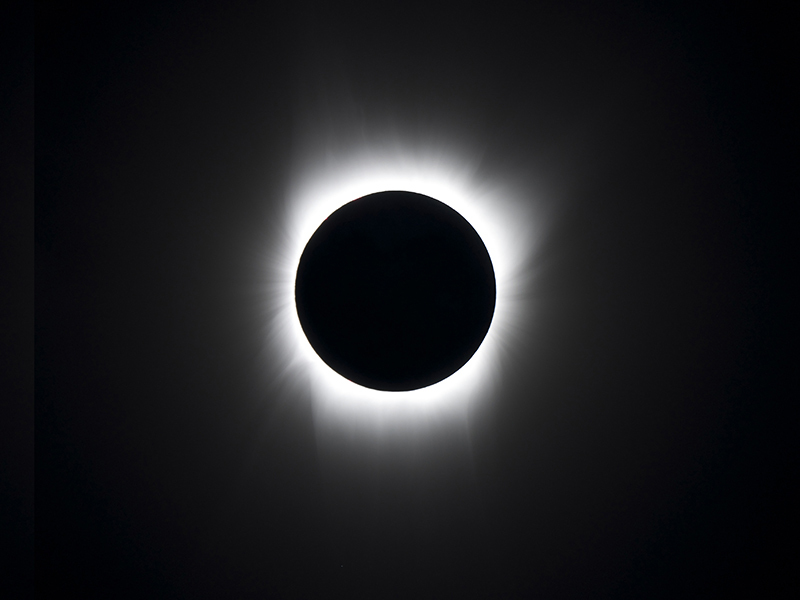 An image of a total solar eclipse taken on July 11, 2010. The image, while taken by a camera, is strikely similar to the drawing by E.E. Barnard also displayed in this case. The solar corona can clearly be seen as the moon blocks nearly the entire surface of the sun. 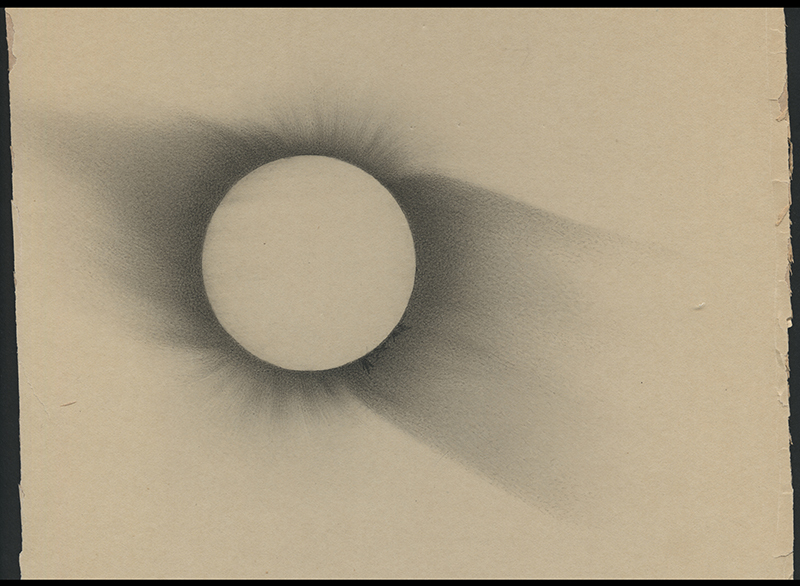 Drawing by E. E. Barnard of a solar eclipse as viewed from Earth. The color is inverted because of the paper material with darker colors denoting brighter features. The halo like feature around the Sun in the picture is the visible solar corona. 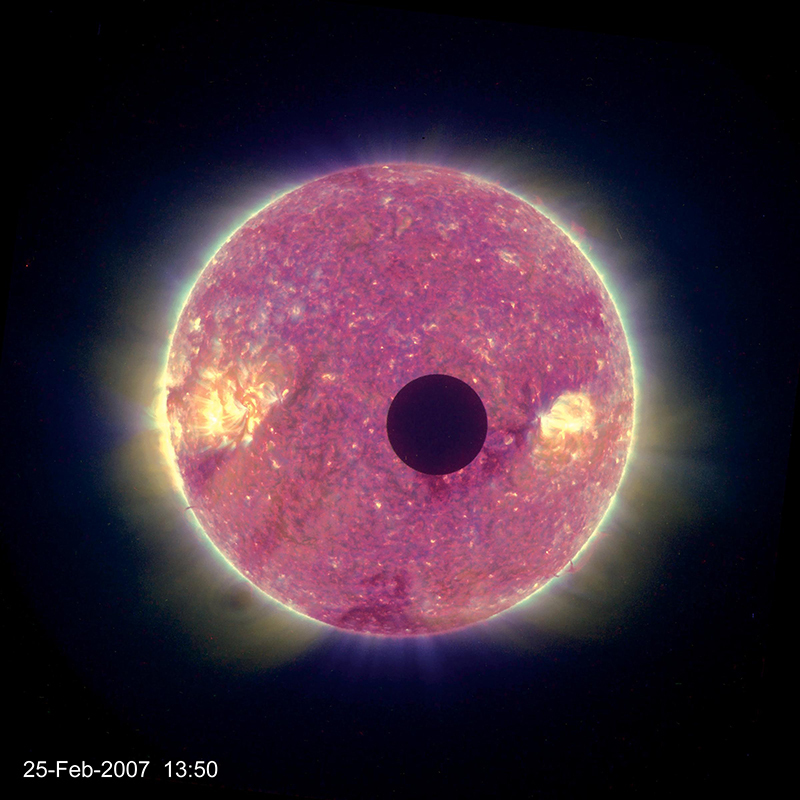 The transit (or crossing of on celestial body in front of another) of the moon in front of the sun on February 25, 2007 as seen by the STEREO-B spacecraft. The image has been colorized with false color to produce the effect of what the sun may look like in the far Ultra-Violet. 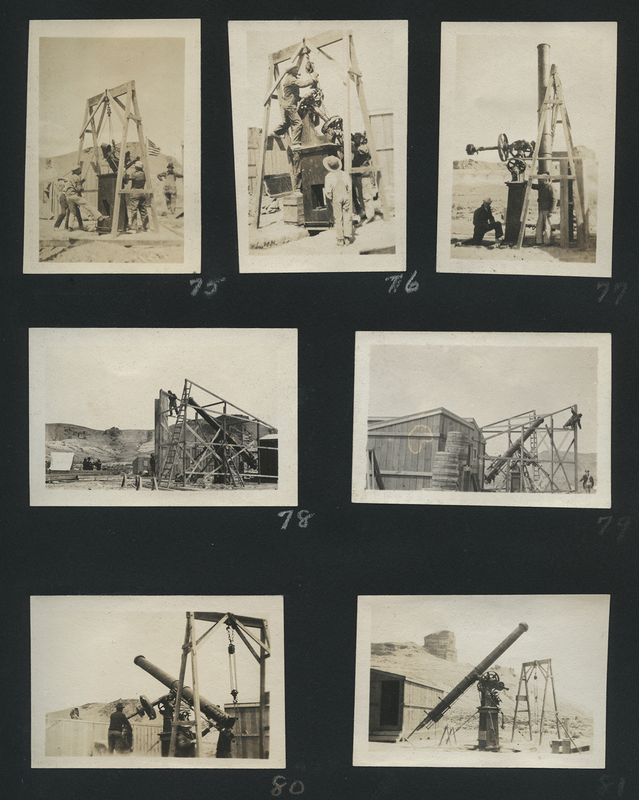 Curator's Comments
Ryan Oelkers talks about the material he selected for this exhibition and the curatorial process.

← Astrophotography: Past and Present
What is a Solar Eclipse?