Home > Exhibits > Tracing the Movement of Populations in Latin America

Tracing the Movement of Populations in Latin America

Population movements have been a continuous part of Latin American history and remain instrumental in shaping the region to this day. The exhibition “Tracing the Movement of Populations” created by the students in the course “Interdisciplinary Research Methods in Latin American Studies” demonstrates the various motives that impelled explorers, scientists, conquerors, entrepreneurs, and other travelers to journey to Latin America and document their experiences.

The movement of peoples in Latin America in pre-Columbian times revolved around ceremonial centers and religious ritual events. Following the “discovery” of the New World in 1492, initial periods of violent conquest reshaped the Americas and opened both continents to the trans-Atlantic slave trade, forcibly transporting African laborers in the Middle Passage. Early travelers to the Americas also had religious objectives and sought to evangelize the natives and slaves of the New World. For others, the motive was enterprise; ambitious entrepreneurs sought to harness and exploit the natural resources of Latin America. Academics were fascinated by the region’s natural resources and studied them for scientific, economic, and political purposes. Aspiring anthropologists documented travelogues of their explorations of the vast ruins. Ultimately, some of the richest accounts are the travelogues documented by female travelers who keenly observed the customs and habits of others. The variety of these accounts and perspectives demonstrate not only the travelers’ diverse motivations but also that Latin America has always been in a state of constant flux and change impelled by migration movements. 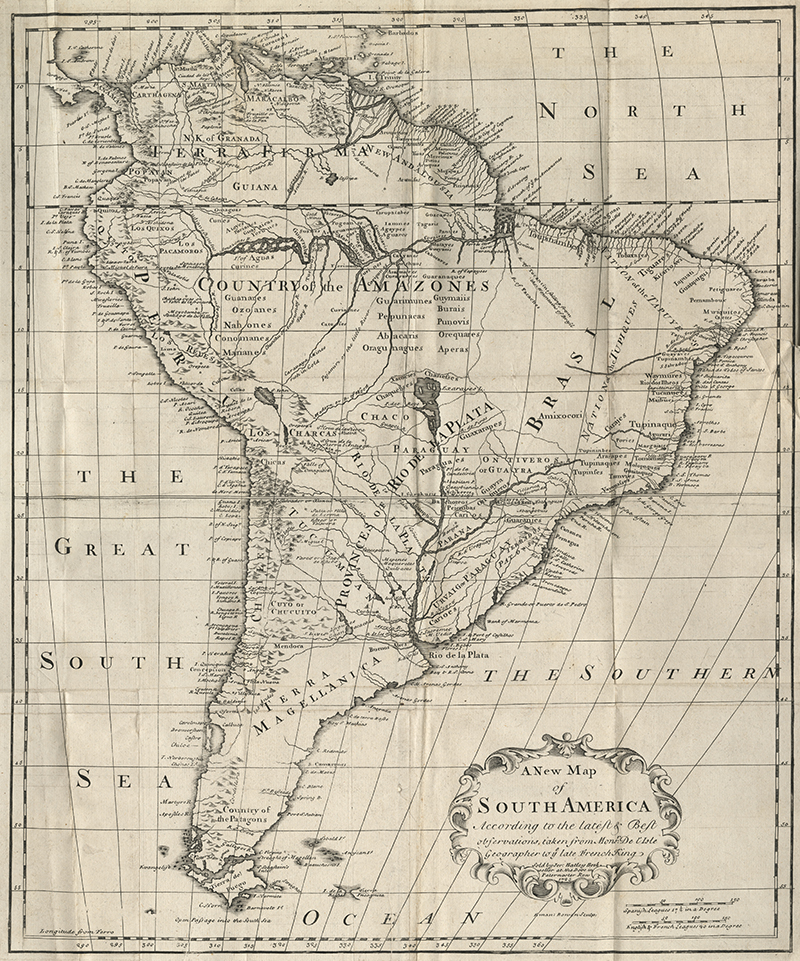 The early European explorers wrote vivid accounts of their voyages to the newly discovered lands. Some went as conquistadores, while others were buccaneers or adventurers in search of “El Dorado”. Aspiring cartographers sought to chart the globe, whereas Jesuits attempted to convert the indigenous and other explorers embarked on secret missions commissioned by kings and queens. Whatever their motivations, these early accounts provide insights into the New World. They describe voyages, civilizations, flora, fauna, and everything of interest in these faraway, exotic places. 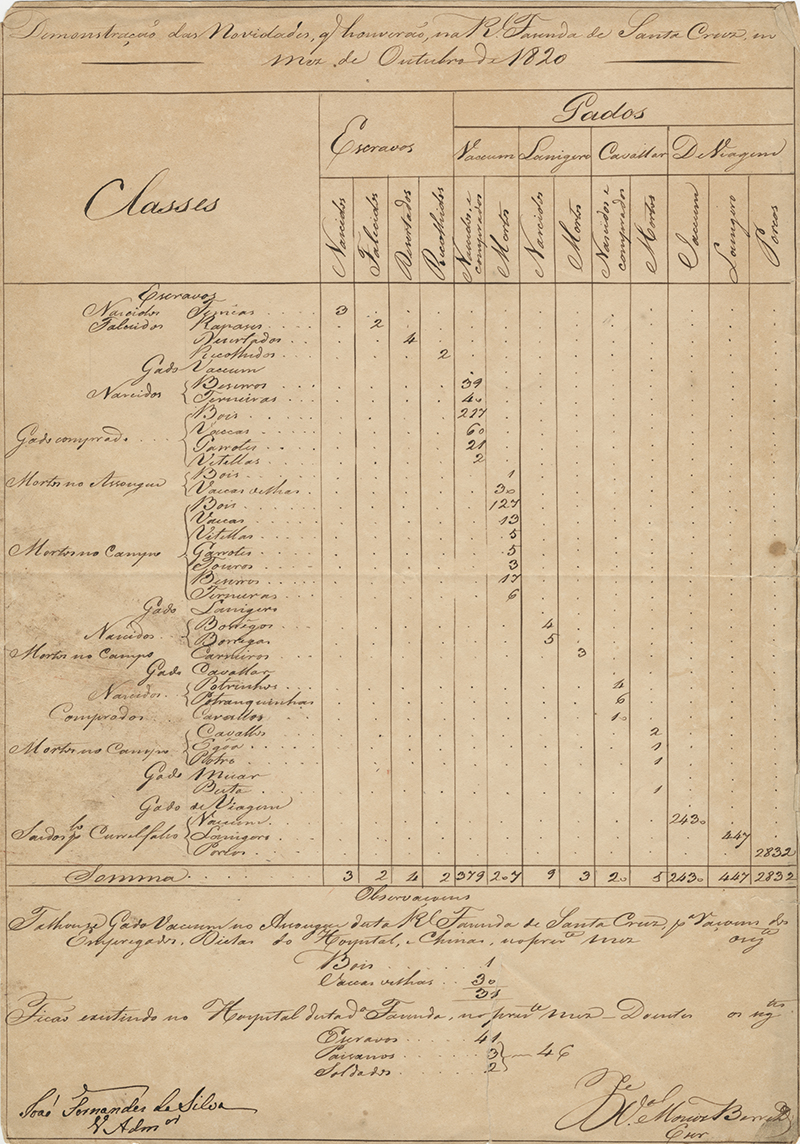 Between the 16th and 19th centuries, twelve million Africans were forcibly transported to the Americas. European empires created trade networks in Africa to facilitate the slave trade in their colonies in Latin America and the Caribbean. Slaves endured the Middle Passage across the Atlantic Ocean and, those who survived, were forced to labor in plantations, mines, and households. The work was difficult, coercive, and often violent. Despite these harsh conditions, slaves strove to improve their lives and gain their freedom in diverse ways. They resisted their enslavement by running away and forming maroon communities, creating kinships and brotherhoods, and guarding their African identities and forming new ones in the Americas. Afro-descendants, both free and enslaved, contributed in invaluable ways to the creation of new societies in Latin America. 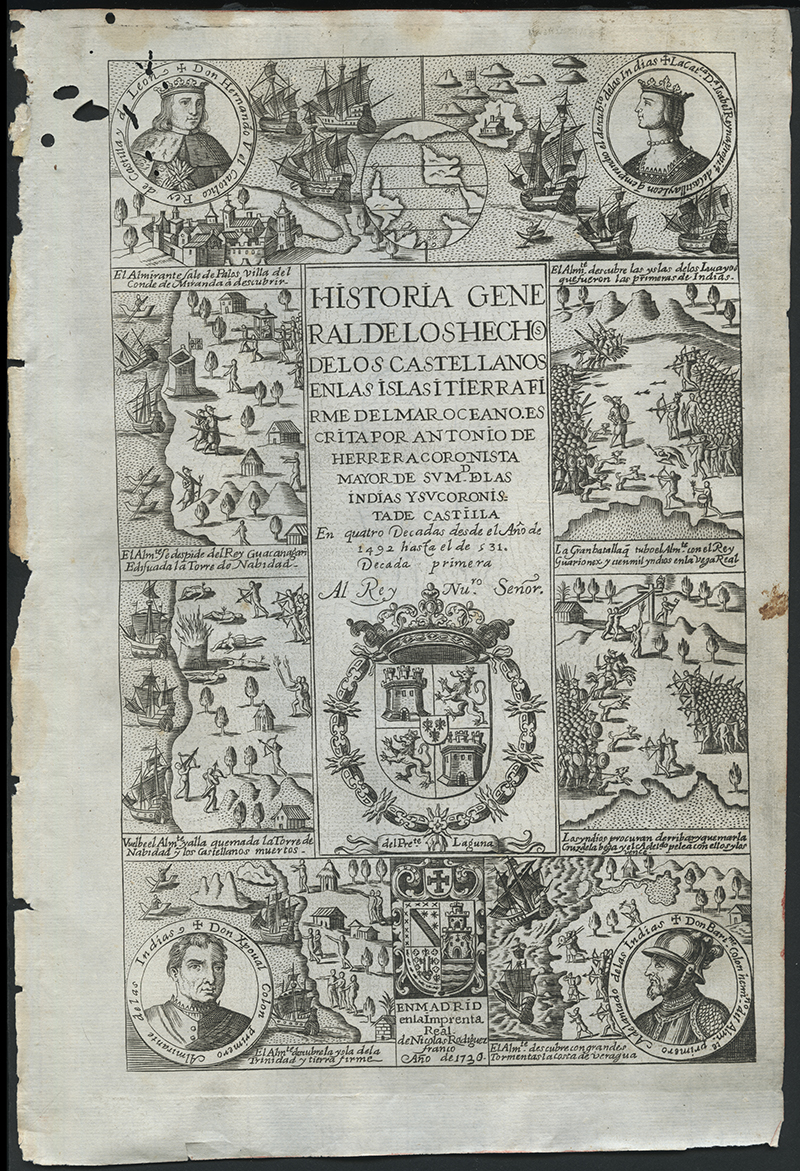 The Conquest of the Americas

In the late 15th century, Christopher Columbus and his Spanish crew stumbled across the Americas searching for a trade route to Asia. First landing in the Caribbean, the Spanish encountered Native Americans living among the islands. The initial peaceful interactions between the Spanish and the indigenous people of the New World swiftly gave way to the violence of conquest. Many of the Spanish had come to the New World seeking wealth; for them, conquest was an enterprise. The possibility of acquiring riches drew yet more Spaniards to the New World at the dawn of the sixteenth century. Hernán Cortés led the first major conquest in Mexico in 1519 and toppled the Aztec Empire there in 1521. Tales of the splendor of the Aztec Empire and its marvelous city Tenochtitlan spread across the Atlantic. In the ensuing years, more Spaniards arrived in the Americas, hoping to emulate Cortés’s success. The conquest of Mexico was rivaled only by Francisco Pizarro’s overthrow of the Inca Empire in 1532. The other conquistadores fell far short of Cortés and Pizarro but the total impact of these ambitious adventurers was to reshape the Americas and usher in a new period of colonial history. 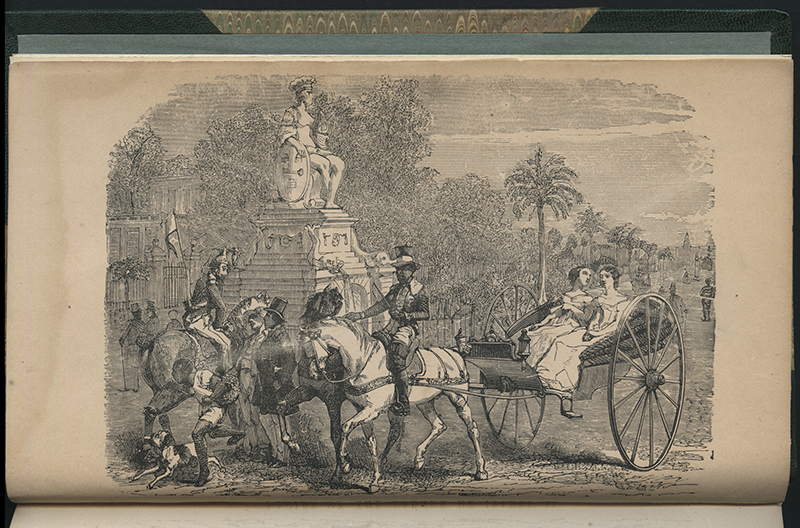 Early exploration of Latin America was typically reserved for men. However, there were a number of female travelers who defied this norm and wrote thoughtful accounts of Latin America during this era. They typically came from elite, educated backgrounds, though their motivations for travel were varied. Marguerite Dickins traveled along the South American shores as a tourist, whereas Alice Le Plongeon conducted significant fieldwork studying Maya ruins. Male accounts often focused on a country’s resources, while female accounts are noted for their keen insights into daily life. They describe the lives and work of servants and slaves, entertainments, nunneries, and women in all walks of life, providing a glimpse into 19th century Latin American society that is unique to the genre.

During the 19th century, interest in archaeology shifted from a personal endeavor to a national undertaking as countries began to create national museums and invest in the discipline of archaeology as a tool for historical and anthropological research. European scientists and explorers became interested in the abandoned Maya and Inca ruins of Central America and Peru. Many of these sites had not been explored documented since the initial encounter hundreds of years before and, with the development of new technology in the 19th century, it was an ideal time for explorers to return to the ruins and record more detailed documentation and imagery. This case specifically focuses on the work of Stephens, Catherwood, Maudslay, Waldeck and Tschudi and their explorations in Central America and Peru.

Since Columbus’s “discovery” of the American landmass, conquistadors and other early travelers to the Americas cited religious objectives and evangelization as key motives for their travels. Confronted with the traditional religions of the New World, many of these travelers sought to Christianize the native peoples whom they viewed as barbaric. Some, especially the Jesuits, sought to educate the indigenous populations, while others, like Franciscan Bernardino de Sahagún, were additionally motivated by a desire to understand the native cultures. This exhibit highlights those who traveled for religious motives, the Catholic institutions of the era, and their observations of the New World.

In Mesoamerica, sacred rituals drew large crowds of spectators into the capital city of Tenochtitlan. The Aztecs honored deities with ornate ritual processions, sumptuous feasts, and bloody sacrificial offerings. Two of the principal deities included Huitzilopochtli “Hummingbird of the Left” and Xipe Totec “Flayed One.” The screen-fold tonalamatl “books of days,” such as the one on display, recorded the dates of important ceremonies. The movement of peoples in Pre-Columbian times thus often revolved around ceremonial centers and religious ritual events. 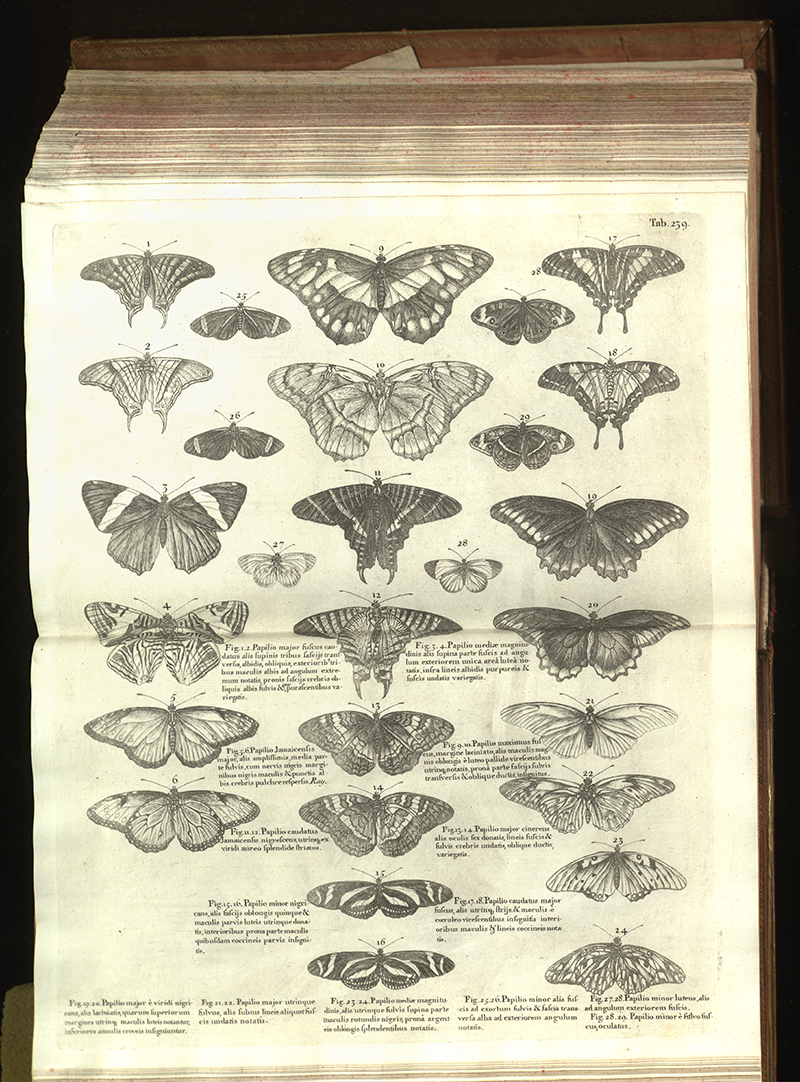 Beasts and Botany: Scientific Expeditions to Brazil and Beyond

Following the “discovery” of the New World in 1492, thousands of people traveled to Latin America in search of new opportunities. Among them were a variety of naturalists, interested in studying the region’s natural resources for scientific, medicinal, and political purposes. This exhibit offers an expository view of some of the most influential naturalists in Latin America. It spans the entire continent and covers more than three hundred years of study.

Following the “discovery” of the New World in 1492, thousands of people traveled to Latin America in search of new opportunities. Among them were a variety of explorers interested in studying the region’s natural resources for scientific, economic, and political purposes. Economic opportunity brought adventurers to mines, forests, and plantations throughout the hemisphere, where they exploited natural resources and managed countless indigenous and African laborers. This exhibit offers a carefully selected sampling of some of the most influential endeavors to investigate and exploit the vast natural resources found in Latin America. It spans the entire continent and covers more than three hundred years of history.